The ICC and Iraq: “A Pinochet Moment”? 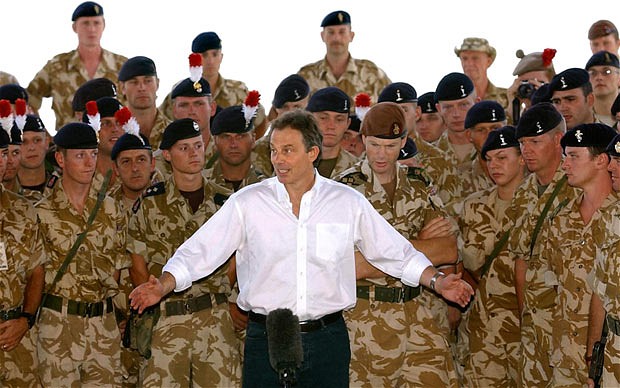 A formal complaint has been lodged at the International Criminal Court (ICC) requesting that senior British military and political officials – including General Sir Peter Wall, former Defence Secretary Geoff Hoon and former Defence Minister Adam Ingram – be investigated for their alleged responsibility for war crimes committed during the war in Iraq. The complaint was filed by two groups: the European Centre for Constitutional Rights (ECCHR) and Public Interest Lawyers (PIL). The UK government has vociferously rejected any notion of the ICC investigating British officials, maintaining that enough is being done to ensure that any abuses by British troops are investigated and prosecuted.

This isn’t the first time that the ICC has been asked to investigate alleged atrocities committed by intervening powers in Iraq. The ICC’s Office of the Prosecutor has received hundreds of such requests. In 2006, former ICC Chief Prosecutor Luis Moreno-Ocampo dismissed the idea of an official investigation on the grounds that the alleged crimes were not of sufficient “gravity” to warrant further investigation or prosecution.

Some believe, however, that the Prosecutor was guided by a desire not to ruffle the feathers of Western states, particularly the US. A Wikileaks cable painted Moreno-Ocampo as being reluctant to investigate alleged crimes in Iraq:

Less clear are [Ocampo’s] views on Iraq,” the cable states. “Ocampo has said that he was looking at the actions of British forces in Iraq — which … led a British ICTY prosecutor nearly to fall off his chair.

Privately, Ocampo has said that he wishes to dispose of Iraq issues (ie. Not to investigate them.)”

Reports of the former Prosecutor’s recalcitrance fit well with the view that Moreno-Ocampo sought to mollify and accommodate US political interests with the ultimate aim of improving the tumultuous relationship between the world’s superpower and the fledgling new court. This is incisively explored in David Bosco‘s new book, Rough Justice: The International Criminal Court in a World of Power Politics.

Still, this apparent accommodation to Western powers has come at a significant cost to the ICC’s legitimacy and reputation. For many, this is particularly evident in the growing perception of the Court as an institution applying uneven justice and only targeting weak states. This issue was eloquently covered in a recent article by Professor William Schabas, entitled The Banality of International Justice. 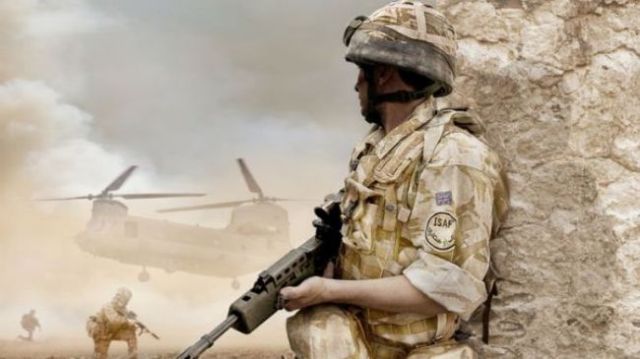 Schabas, who is also involved in the Iraq filing, has drawn parallels between the request to investigate alleged abuses by British forces in Iraq and the perception of the ICC as being a biased Court. In describing the PIL and ECCHR’s filing, Schabas declared:

“What this application does is throw down the challenge to the court to show there are no double standards.”

A similar point was made by ECCHR Secretary General, Wolfgang Kaleck:

“The International Criminal Court in The Hague is the last resort for victims of torture and mistreatment to achieve justice. Double standards in international criminal justice must end. War crimes and other severe violations of human rights must be investigated and prosecuted, regardless of whether they are committed by the most powerful.”

What these comments suggest is that the filing ultimately has two aims: first, to achieve justice and accountability for alleged abuses committed by British forces in Iraq; second, to challenge – and for some, perhaps save – the ICC. Prosecuting Western leaders, here, is seen as an antidote. In his article, Schabas writes:

“One of the great and defining moments of international justice in recent times was the arrest of Augusto Pinochet in London in October 1998. Occurring only a few months after the adoption of the Rome Statute, it sent a message that even the friends of the most powerful could be brought to book if a genuinely independent and impartial justice system was in operation…

… Fifteen years later, international criminal justice is focussed on global pariahs like Charles Taylor, Saif Gaddafi and Hissene Habre. The friends of the rich and powerful are nowhere to be seen. There are no more Pinochets in the dock…

… the ICC has now become far too deferential to the established order. Mostly it does not operate under a direct mandate from the Security Council, but that may be more illusory than real, because it never strays from the comfort zone of the permanent members…

Will Iraq present the ICC with it’s “Pinochet moment”? It is undoubtedly too early to tell. Still, there are those who believe that the Court can only survive in any meaningful way if it investigates and prosecutes Western officials. For them, it seems that investigating alleged British abuses in Iraq might just be an opportunity the Court can’t afford to miss.

Mark Kersten is a consultant at the Wayamo Foundation, a Senior Research at the Munk School of Global Affairs, and a law student at McGill University Law School. He is also author of the book, 'Justice in Conflict - The Effects of the International Criminal Court's Interventions on Ending Wars and Building Peace' (Oxford University Press, 2016).
View all posts by Mark Kersten →
This entry was posted in International Criminal Court (ICC), Iraq. Bookmark the permalink.

5 Responses to The ICC and Iraq: “A Pinochet Moment”?