ICC Says No to Opening Investigation in Egypt 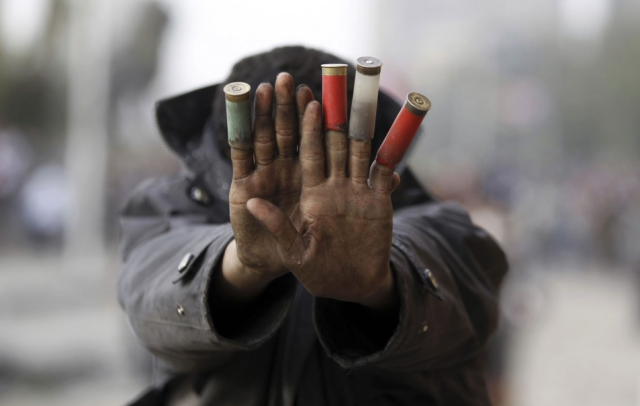 Ever since the Arab Spring and the overthrow of the Hosni Mubarak regime, Egypt has had a rather fluctuant and controversial political relationship with the International Criminal Court (ICC). Today, that relationship took yet another turn.

Earlier this year, a number of highly respected lawyers, representing the Muslim Brotherhood and the political party of ousted Egyptian leader, Mohamed Morsi, requested that the ICC investigate alleged crimes against humanity against civilians since 1 June 2013. Ultimately, the Prosecutor – in consultation with the Court’s registrar – dismissed the request. Here’s the Court’s statement on the subject:

A communication seeking to accept the jurisdiction of the International Criminal Court (“ICC” or the “Court”) over Egypt has been dismissed as not presented on behalf of the concerned State. On 13 December 2013, lawyers acting on behalf of, amongst others, the Freedom and Justice Party (the “Petitioners”) lodged a communication with the ICC Registrar seeking to accept the exercise of the ICC’s jurisdiction pursuant to article 12(3) of the Rome Statute with respect to alleged crimes committed on the territory of the State of Egypt since 1 June 2013.

Upon receiving the communication, as per the established internal procedures, the Registry verified with the Egyptian authorities whether or not such a communication was transmitted on behalf of the State of Egypt, as a result of which, the Registrar did not receive a positive confirmation.

The Registrar further transmitted the communication in reference to the ICC Prosecutor and consulted with her on this matter. After a careful assessment, the Registrar informed the Petitioners that the communication received cannot be treated as a declaration accepting the exercise of the ICC’s jurisdiction pursuant to article 12(3) of the Rome Statute given that they lacked the requisite authority under international law to act on behalf of the State of Egypt for the purpose of the Rome Statute. This assessment should in no way be construed as a determination on the nature of any alleged crime committed in Egypt or on the merits of any evidence presented. 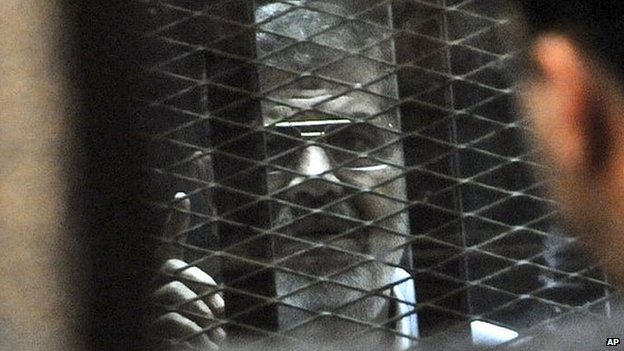 Mohamed Morsi is currently on trial. He faces allegations of inciting the killing of protesters near the presidential palace in 2012. (Photo: AP)

In other words, the Court decided that it could not accept the request to investigate alleged crimes because it did not come from the ruling government in Egypt. To ascertain this, the Registrar asked the government that took power from Morsi whether the Morsi government was the rightful governing authority in Egypt. It seems rather self-evident that they would get the answer they did: that the request to investigate crimes did not come from them.

Notably, the Court’s decision came just four months after the initial request was made. This seems to indicate a greater degree of efficiency in dealing with difficult decisions which could have significant political ramifications. It is certainly a massive improvement from the frustrating tardiness of previous decisions – such as former Prosecutor Luis Moreno-Ocampo taking two years to decide not to open an investigation into Palestine.

I previously argued that embroiling the Court in the highly political and politicized questions of democratic legitimacy was not in the ICC interests. That being said, the Court is on rather safe grounds in determining that Morsi is no longer Egypt’s head of state. As Kevin Jon Heller previously observed: “A number of states have condemned the Egyptian military’s actions … but none to my knowledge have refused to recognize the [subsequent] Mansour government.”

The Court’s decision not to pursue any further investigation does not necessarily represent the end of the ICC-Egypt relationship. Multiple authorities in Cairo have previously intimated that the country was preparing to join the ICC (see here and here). To date that hasn’t transpired.

The Court’s statement stressed that its dismissal of the request to accept jurisdiction in Egypt did not mean that crimes did not occur or that they do not merit further investigation. But if these alleged atrocities are ever to be investigated by the Court, the best way forward would be for Egypt to (finally) ratify the Rome Statute and become a member of the ICC.

Mark Kersten is a consultant at the Wayamo Foundation, a Senior Researcher at the Munk School of Global Affairs, and a law student at McGill University Law School. He is also author of the book, 'Justice in Conflict - The Effects of the International Criminal Court's Interventions on Ending Wars and Building Peace' (Oxford University Press, 2016).
View all posts by Mark Kersten →
This entry was posted in Arab Spring, Egypt, ICC Prosecutor, ICC Registry, International Criminal Court (ICC) and tagged Mohamed Morsi, Muslim Brotherhood. Bookmark the permalink.

4 Responses to ICC Says No to Opening Investigation in Egypt