The ICC and its Impact: More Known Unknowns 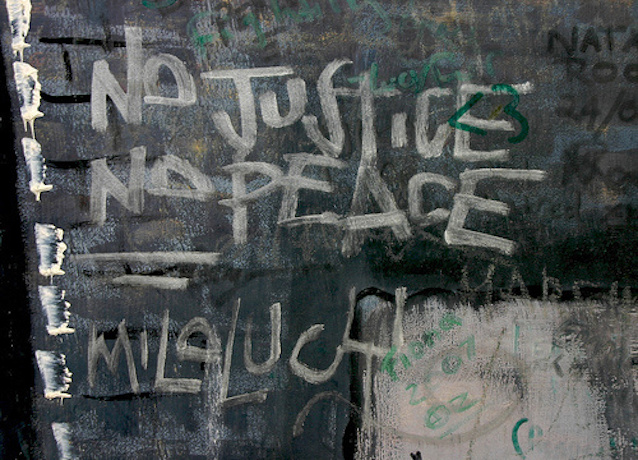 As I mentioned yesterday, OpenDemocracy is hosting a symposium on the trials and tribulations of the International Criminal Court (ICC). Today’s article is my contribution to the debate and focuses on the impact of the ICC on the conflicts in which it intervenes. Here’s a snippet:

Given the amount of ink spilled on elaborating the ICC’s impacts, it may be surprising that we actually know very little about the Court’s effects on peace processes and conflict resolution. Indeed, as the former Chief Prosecutor of the International Tribunal for the Former Yugoslavia and the former Director of the International Crisis Group, Louise Arbour, observed: “We all repeat the mantra that there can be no lasting peace without justice; and that’s true enough. But I don’t think that we have yet resolved the inevitable tensions between the two in a workable fashion.”

This is at least in part because we haven’t been asking the right questions. To achieve a firmer grasp of the effects and non-effects of the ICC, three issues need to be explored in greater depth. First, how is a situation referred to the ICC? It surely matters whether the ICC intervenes in a conflict at the behest of the UN Security Council versus a referral by a member-state. Different referral mechanisms bring with them different kinds of political baggage for the ICC to sort through. Crucially, the Court needs to achieve cooperation in collecting evidence and to potentially enforce arrest warrants. That cooperation depends on the referring party—and likely means that they won’t be targeted for prosecution. This, in turn, leads to asymmetrical attribution of accountability and responsibility for political violence and atrocities. In this context, it should come as little surprise that Security Council referrals have led the ICC to primarily target government officials while self-referrals by ICC member-state have resulted in the Court targeting government adversaries and rebel groups.

This brings us to a second issue: who is targeted for prosecution and who isn’t? Research on the ICC has focused primarily on the targets of judicial sanction. It has assumed similar behaviour across target-types. Potential differences in targeting a head of state like Muammar Gaddafi versus a hardened rebel like Joseph Kony are rarely considered. Instead, they are both said to either have the same incentives to negotiate because of the ICC, or the same predilection to dig their heels in and fight to the death because of the ICC.

More attention needs to be focused on how the Court’s interventions affect non-targeted parties. In Libya, the ICC’s intervention against the Libyan regime bolstered the resolve of the opposition to reject negotiations with the “criminal” Gaddafi and emboldened rebel forces to pursue a military solution to the war. In Uganda, the ICC’s intervention legitimized the Government of Yoweri Museveni, which was able, in turn, to rescue its reputation after a disastrous—and possibly criminal—handling of the war in northern Uganda.

Lastly, it is critical for scholars of the ICC to consider what other contextual dynamics of peacemaking and conflict waging can explain developments that would otherwise be ascribed to the ICC. To use the example of the LRA committing to the Juba peace talks in 2006, research suggests that the 2005 Comprehensive Peace Agreement between Sudan and South Sudan (both of which were proxies in the war between the LRA and Uganda) had as much, if not more, of an impact on pressuring the LRA to come to the negotiation table.

Here it would also be useful for researchers to examine cases of ICC non-intervention. All things being equal, Syria is a case in which few would deny a Court intervention is warranted, but where an ICC investigation simply cannot take place because Syria is not a member-state of the ICC and the Security Council has not referred Syria to the Court. Yet many of the presumed effects of ICC interventions—failed peace negotiations, prolonged violence and the continued commission of atrocities—can be seen in Syria. Learning from cases of non-interventions can help scholars better refine analytical frameworks for studying the impacts of the ICC and the interplay between the Court’s interventions and key causes and drivers of political violence.

You can read the whole article here.

Mark Kersten is a consultant at the Wayamo Foundation, a Senior Research at the Munk School of Global Affairs, and a law student at McGill University Law School. He is also author of the book, 'Justice in Conflict - The Effects of the International Criminal Court's Interventions on Ending Wars and Building Peace' (Oxford University Press, 2016).
View all posts by Mark Kersten →
This entry was posted in Conflict Resolution, International Criminal Court (ICC), Peace Negotiations, Peace Processes, Peacebuilding. Bookmark the permalink.

2 Responses to The ICC and its Impact: More Known Unknowns