Canada vs ISIS: An Inscrutable Justice

Asad Kiyani joins JiC for this post on Canada engagement against ISIS – and what it means for Canada’s role in the Middle East and the pursuit of international justice. Asad is a Doctoral Candidate at the UBC Faculty of Law and a Visiting Researcher at the Nathanson Centre on Transnational Human Rights, Crime and Security at Osgoode Hall Law School. 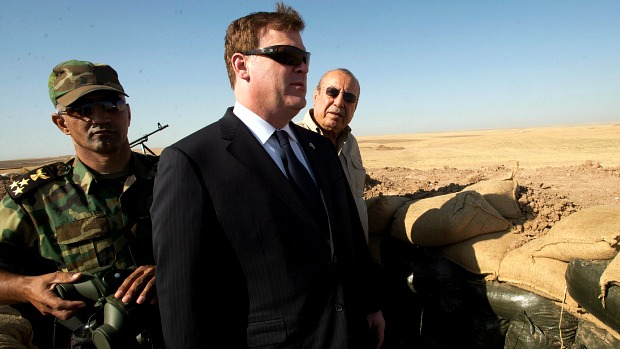 Earlier this month, Canadian military forces began their first combat missions in the fight against ISIS. While ISIS is certainly abominable, and the Canadian government defends its choice as acting in a just cause, the present Canadian policy seems a poor vehicle for seeking justice. It prioritizes a contentious and unconvincing military role for Canada over greater humanitarian involvement, a credible position as a broker of peace, and supporting international criminal justice measures.

The Canadian government has yet to explain why Canadians should be fighting ISIS, instead of directly assisting victims and displaced persons. There are many plausible reasons for military confrontation with ISIS, including the demonstrably brutal threat they pose to anyone, Muslim or otherwise, who does not agree with their particular perversion of Islam. Yet this does not explain why Canada should be fighting instead of the regional states directly affected by ISIS, or those foreign powers – the United States and United Kingdom chief among them – responsible for the decade-long meltdown of Iraq. Canada’s connection to this conflict is remote, and its small contribution to the aerial war risks being ineffective – because of a lack of ground troops, faulty or missing intelligence, and the scale of the problem – as well as counterproductive (drawing new recruits to ISIS and reconciling ISIS with al-Qaida).

This is not to advocate for Canadian isolationism; rather, it is to suggest that Canada is looking past pressing humanitarian needs where it could offer more assistance. Whereas European countries have taken in tens of thousands of refugees from the Syrian crisis, Canada has only taken in a few hundred. Meanwhile, the World Food Programme (WFP) has been warning for months that it struggles to feed the millions of refugees displaced by fighting in the region. It recently slashed aid provisions, and has no money for programs starting in December. In terms of direct, uncontroversial, and clear humanitarian assistance, nothing could be more straightforward than boosting support to the WFP and refugees – steps that Canada (and other states) should have taken long ago.

Military involvement demonstrates just how incoherent the Canadian vision of justice is for the region, given the set of foreign policy contradictions it poses. Mission creep and unholy alliances are a serious possibility. A 30-day advisory mission has now become a six-month combat commitment. Given Canada’s 12-year military involvement in Afghanistan, and the near-certainty that the ISIS war will continue beyond next April, a longer Canadian mission seems likely. There is also increasing pressure for Canadian involvement beyond “useless” aerial bombardment, and British, American, and Iraqi commanders are also calling for ground troops. In addition, while the United States and other allies have been attacking targets in Syria for weeks, Canadian Prime Minister Stephen Harper insists that Canada will only do so with the Syrian government’s permission. While this is a pleasant affirmation of international sovereignty, it means the government is willing to deploying Canada’s armed forces in aid of a “despotic dictator” against whom Canada has previously called for military action on account of his government’s atrocities. Even if Canada limits its direct actions to Iraq, this demands alignment with the Kurdistan Workers Party (PKK), listed since 2002 as a terrorist organization in Canada but strongly defending against ISIS in northern Iraq and northwest Syria. Operations in Iraq also require coordination with Iran, whose troops and proxy militias – accused of ISIS-style atrocities and killing large numbers of US soldiers – are defending key sites in southern Iraq (including Baghdad). Canada, of course, closed its embassy in Iran in 2012, expelled Iranian diplomats from Canada, and maintains a special sanctions regime against Iran, over and above that mandated by the UN. And, of course, Iran is a major weapons supplier for the Assad regime in Syria. Every military step here is fraught with contradictions, and erodes Canada’s credibility as an arbiter of justice and partner for peace in the region. 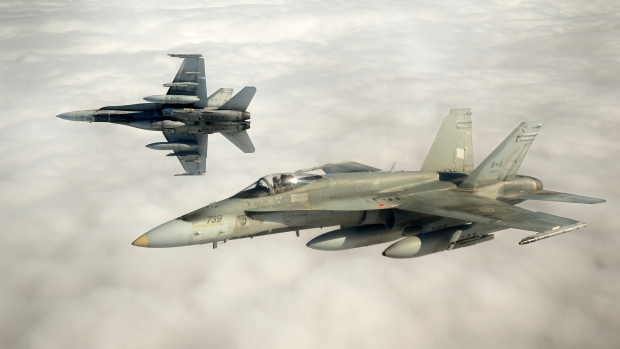 Finally, the ISIS war refocuses attention on Canada’s contradictory relationship with the ICC and international accountability mechanisms. Unlike the United States, Turkey, the Gulf states, or even Syria and Iraq themselves, Canada is a State Party to the Rome Statute and risks its troops being summoned to the ICC for acts committed in either Iraq or Syria. Yet the Canadian government seems to have little time for the ICC these days, having threatened Palestine with serious consequences for reaching out to the ICC and refused to support a referral of Syria. While an investigation of Canada would be unlikely given the ICC’s unwillingness to investigate Canadian or any Western crimes in Afghanistan, it raises the question of what Canada’s response would be if the ICC were to prosecute some of the many thousands of ISIS “foreign fighters” from ICC States Parties such as Canada. For it’s part, Canada has responded by invalidating the passports of these fighters, suggesting that it prefers to let them fight or die in the Middle East – possibly via Canadian bombs – rather than have them (or Bashar Al-Assad for that matter) answer for their crimes at The Hague. Surely the ICC has enough problems without being undermined by a State Party that played such a key role in designing the Rome Statute.

This is the bizarre vision of justice implied by Canadian military involvement in the ISIS fight: alignment with a country it considers an enemy (Iran), a government it condemns (Syria), and groups it insists are terrorists, at the expense of increased and uncontroversial humanitarian aid. All this while trying to avoid the ICC, which Canada has spent the last 18 months subverting even though the two ostensibly share the same goals with respect to Syria and now ISIS.

As it stands, the Canadian government would rather go to war than shelter or assist refugees, or support judicial accountability measures. This policy seems more likely to embroil Canada in further conflict (and risk attacks in Canada) than make a meaningful contribution to justice in the region. Even if ISIS is defeated, the Syrian civil war will continue; the Iranian troops allied with Canada will have a stronger claim over Iraq; and, the Kurdish-Turkish conflict will persist – all of this risks reopening the power vacuum that enabled ISIS’s growth in the first place. The Prime Minister rationalizes military intervention as solving a heretofore unrecognized “free rider” problem, whereby too many states that are not convinced of the need to go war still want to have a say in global affairs. Putting aside the irony of this statement coming from a country that has all but abandoned peacekeeping, this absurd logic demonstrates the nebulous sense of justice that frequently animates the Canadian response to conflicts and atrocities around the world: more confrontation and less prevention, collaboration and negotiation.

If nothing else, this policy will make it clear to Canadians what is already apparent abroad: Canada long ago gave up on the ‘peace dividend’ and is firmly committed to a more partisan, aggressive, and short-sighted foreign policy. It remains to be seen whether this approach is effective or sustainable.

Mark Kersten is a consultant at the Wayamo Foundation, a Senior Researcher at the Munk School of Global Affairs, and a law student at McGill University Law School. He is also author of the book, 'Justice in Conflict - The Effects of the International Criminal Court's Interventions on Ending Wars and Building Peace' (Oxford University Press, 2016).
View all posts by Mark Kersten →
This entry was posted in Canada, International Criminal Court (ICC), International Law, Iran, Iraq, ISIS, Syria and tagged Asad Kiyani. Bookmark the permalink.