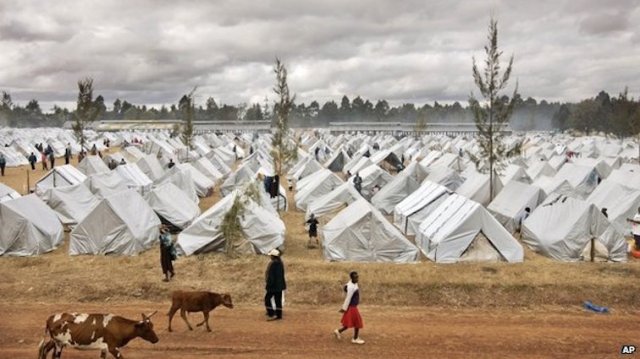 This article was originally posted at Justice Hub.

The long-dithering case against Uhuru Kenyatta at the International Criminal Court (ICC) finally came to an unceremonious conclusion this past week. In a long anticipated move, the Prosecution announced its case against the Kenyan President was too weak to proceed.

Over the next few days and weeks, two broad story-lines will emerge in wake of the Kenyatta case collapse: one, that prosecutors at the ICC really messed up their investigations in Kenya and need to learn from their mistakes; and two, that Kenyatta has written the political manual on how to win an election, stay in power and simultaneously quash an ICC case against a sitting head of state. But there is also a lesson that the ICC shouldn’t learn, a lesson that poses a far greater risk to the project of international justice than the Court’s investigation techniques or prosecutorial strategies: that the ICC should stop targeting both sides of a conflict.

There is little point in denying that ICC justice is highly selective. Most critics focus on situation selectivity – i.e which states are chosen for investigations and which aren’t (hence the debate on the Court’s focus on Africa and not the rest of the world). But a more nuanced pattern of selectivity appears when examining the selection of cases within situations under investigation by the ICC.

To date, the Office of the Prosecutor (OTP) has opened investigations into five situations after being invited to do so by the state in question – Uganda, the Democratic Republic of Congo, the Central African Republic, Ivory Coast and Mali. In each instance, the Prosecution has focused exclusively on non-state actors (i.e. rebels) and the referring government’s adversaries. Not once has the OTP targeted a leader or government official from any of these states.

The opposite story can be seen in the context of referrals of situations from the United Nations Security Council. The Council has exercised its power to refer situations to the ICC on two occasions: Darfur in 2005 and Libya in 2011. In the wake of such referrals, the OTP has focused almost exclusively on government actors and the Security Council’s enemies.

This brings us to the curious case of Kenya. When the OTP opened an investigation into the 2007/08 post-election violence, it had been neither invited by Nairobi nor requested to do so by the Security Council. Instead, the Prosecutor exercised his ‘proprio motu’ powers, opening a case into a member-state of the ICC ‘upon his own volition’. It was a bold move and not everyone believed the Court was mature – or secure – enough to ‘do things on its own’.

But the ICC had been under pressure to tackle the perception that it was an institution that would only ever mete out selective justice and would always side with governments and the Security Council in their political missions to discredit, delegitimize and dismiss their opponents. As a result, the OTP targeted not one side of the political conflict in Kenya, but both. 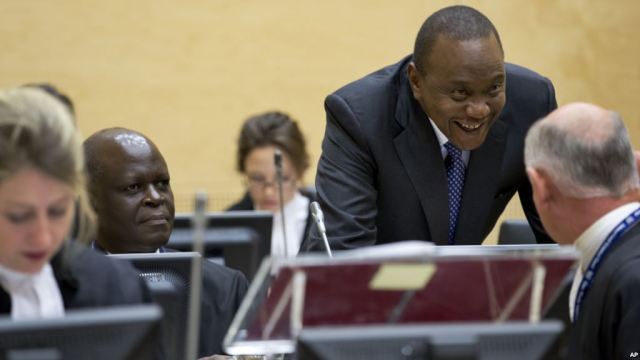 Scholars and observers are still trying to sort through the whirlwind of political developments and manoeuvres that came next. Crucially, the two opposing sides joined forces and vowed to run the country together. The resulting Jubilee Alliance won the 2013 elections. In a remarkable twist of fate, Kenya now had a President and Vice President charged by the ICC for crimes against humanity.

Kenyatta and his Vice President, William Ruto, successfully crafted a narrative that pitted the ICC and its supporters as neocolonial tools being wielding by the powerful West against a vulnerable African continent. Leaders across the region – including those that had benefitted from the ICC’s interventions in their own states – raced to the proverbial political microphone, eager to demonstrate to Kenyatta and Ruto that they were their strongest allies against the unholy and unwanted ICC.

In the meantime, justice became essentially obsolete. The storylines were about Kenya (and ‘Africa’) versus the ICC. Very few asked the very simple but crucial question: how will justice be served for the dead and displaced in the wake of the post-election violence? The question had already been answered: it wouldn’t. Six years after violence erupted and left 1,200 dead and 200,000 displaced, one case of murder has been investigated. There is no indication that any other crime, of the thousands that were committed, will ever be investigated or that the perpetrators will be brought to justice. But in the dominant narrative, justice was not a goal for those who perished or survived the post-election violence. Rather, justice could only be served if the unfairly targeted victims of the ICC’s grandeur – Kenyatta and Ruto – were left alone. If we are to believe the hype, the collapse of Kenyatta’s case is the justice that has been delivered to Kenya.

The ICC has been left battered and bruised. The open secret is that many within the Court were quietly relieved that the case had collapsed and they could finally move on. But there is a danger in drawing the wrong lesson from the Court’s intervention in Kenya. There is a risk that the OTP will look at itself and its record and say: ‘We tried to target both sides and we got burned. Let’s not do that again.’

It may be understandable that, for reasons of ensuring cooperation and enforcing arrest warrants, the ICC must be selective in who it targets for prosecution. But such pragmatism does not make it excusable. For international justice to be – and be perceived to be – legitimate, it must be impartial. When both sides of a given war have committed atrocities (which, of course, is the case in virtually all conflicts), that means targeting both sides for prosecution.

Yes, the move to open an investigation proprio motu was audacious. Yes, the way the investigations were built deserve severe criticism and require introspection. Yes, the ICC got burned – politically and legally. But, no, the Court should not revert back to the easy approach of siding with powerful actors and selectively targeting the enemies of governments and Security Council member-states.

Mark Kersten is a consultant at the Wayamo Foundation, a Senior Research at the Munk School of Global Affairs, and a law student at McGill University Law School. He is also author of the book, 'Justice in Conflict - The Effects of the International Criminal Court's Interventions on Ending Wars and Building Peace' (Oxford University Press, 2016).
View all posts by Mark Kersten →
This entry was posted in International Criminal Court (ICC), Kenya, Kenya and the ICC and tagged Uhuru Kenyatta, William Ruto. Bookmark the permalink.