Laying the Blame: Justice in Syria Just Got a Bit More Likely 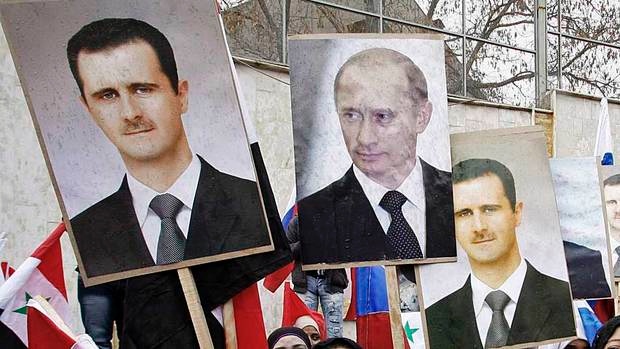 Anyone would be excused for believing that things in Syria may get worse before they get better. Millions of civilians live in daily fear for their security. Those who manage to escape do so to a new kind of hell that is migration to and through south-eastern Europe.

Meanwhile, the Western-led intervention against the Islamic State continues unabated without much prospect of success. The Geneva peace process appears moribund. Five years after the Syrian civil war broke out, Russia is now flooding Syria with military hardware, rolling out a programme of drone surveillance over the country, and all the while assuaging Israeli concerns that its support for the regime of Bashar al-Assad won’t strengthen Hezbollah. In short, the situation in Syria is violent and politically messy. It’s likely to remain both for the foreseeable future.

At the same time, during the almost half decade of brutal civil strife, justice and accountability have been severely neglected. An impressive array of commissions, human rights groups, and private organisations have done a remarkable job gathering evidence that might, one day, be used to bring perpetrators of mass atrocities in Syria to account. But the sad truth is there has been no real prospect for criminal accountability in the country. As useful as they may one day prove to be, the investigations that have taken place to date have occurred in the shadows of the war and have often been conducted by individuals taking massive personal risks.

Efforts to set up a body to prosecute perpetrators of crimes in Syria have stalled as well. Every attempt to gain traction for a referral of the situation in Syria to the International Criminal Court (ICC) has been rejected by Russia. No alternative, such as the establishment of a hybrid tribunal, has succeeded either.

In the midst of this inertia, however, a curious thing happened, something that may just make justice in Syria a little bit more likely. After weeks of wrangling, earlier this month Russia dropped its objections to United Nations Secretary General Ban Ki-moon’s plan to create a commission, led jointly by the UN and the Organisation for the Prohibition of Chemical Weapons (OPCW). The inquiry will be mandated not only to determine whether chemical weapons were used against civilians (which is not disputed by any of the warring parties or their proxies). Critically, the three-person commission will also be tasked with determining the individuals responsible for their use.

Laying blame and, by extension, determining liability for a crime is a crucial first step to achieving accountability. Granting the inquiry the mandate to apportion blame for chemical weapons attacks may thus be the single most promising move towards achieving justice for atrocities committed against civilians in Syria. While other institutions, like the International Independent Commission of Inquiry on Syria have previously threatened to ‘name names’, none have had the gravitas of a UN-OPCW investigation, especially one explicitly endorsed by Moscow.

The creation of this commission is undoubtedly a significant risk for Russia. The reasoning behind Moscow’s decision to drop its reservations remains murky. It is clear that Russia wants some of its own experts to take part in the inquiry, perhaps as a means to control and guide its investigation. Russia may also be comfortable with the fact that Syria could frustrate the work of any commission on the ground. Previous OPCW investigation teams were fired upon by belligerents in government-controlled Syria and had their work regularly disrupted. Another possibility, as suggested by Sergey Vasiliev, is that the government wants to signal to its ally, Syrian President Bashar al-Assad, that he and his coterie are completely and utterly dependent on Moscow both for their survival and for the impunity they enjoy. Or perhaps Russian President Vladimir Putin is simply convinced that any finger the inquiry eventually points will ultimately be directed at opposition forces and that the most pressing interest of Western states is not to blame the Assad regime for chemical weapons attacks but instead blame ISIS in Syria and Iraq, thus feeding into the narrative and justification of the ongoing military intervention in both countries.

Like it or not, achieving peace and justice in Syria will require Russia’s buy-in and cooperation. That may be a travesty for some and simply obvious for others. At the very least, it’s a necessary evil and, in all probability, exactly what Moscow wants – to be taken seriously in matters of international relations and to prevent, at virtually all costs, being by-passed on decisions that affect its geopolitical interests. This, of course, makes Russia’s decision to throw its support behind a lay-the-blame inquiry all the more remarkable.

This analysis should not be read as an overly rosy suggestion that justice and accountability are about to come to Syria. The country remains mired in a complex civil conflict and proxy war, one characterised by a tangled and violent web of geopolitical prerogatives and interests that have a tendency to spoil efforts to achieve justice. But the creation of an inquiry backed by Russia and with the capacity to apportion blame might just represent a small crack in what has otherwise been an impenetrable wall.

This article was originally posted for my ongoing column, CourtSide Justice.

Mark Kersten is a consultant at the Wayamo Foundation, a Senior Researcher at the Munk School of Global Affairs, and a law student at McGill University Law School. He is also author of the book, 'Justice in Conflict - The Effects of the International Criminal Court's Interventions on Ending Wars and Building Peace' (Oxford University Press, 2016).
View all posts by Mark Kersten →
This entry was posted in International Law, ISIS, Islamic State, Israel, Justice, Russia, Syria, UN Security Council and tagged Bashar al-Assad, Hezbollah, OPCW. Bookmark the permalink.

6 Responses to Laying the Blame: Justice in Syria Just Got a Bit More Likely