A Missed Trial or a Mistrial? The End of the ICC Cases against Ruto and Sang 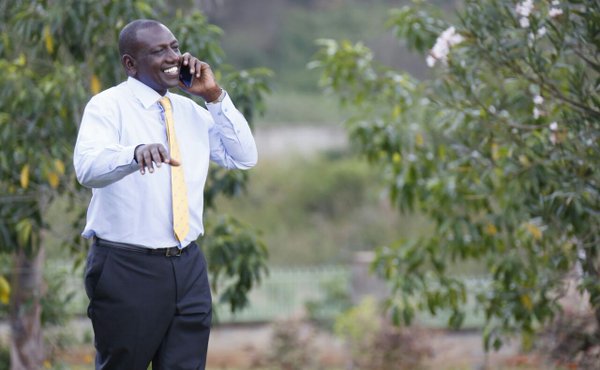 William Ruto received a string of congratulatory phone calls after the ICC Judges made their ruling (Photo: DPPS)

It’s over. Almost six years after the International Criminal Court (ICC) intervened to investigate those responsible for the 2007-08 post-election violence in Kenya, everyone of the Court’s targets has escaped judgement day. What started out as the “Ocampo Six” — a reference to the ICC’s first chief prosecutor and the six individuals he targeted for crimes against humanity — is now the “Ocampo Zero”. This afternoon, in a much anticipated decision, ICC Judges “terminated” the case of Deputy President William Ruto and his co-accused, journalist Joshua Arap Sang. They join others, most notably Kenyan President Uhuru Kenyatta, in being freed from their trial in The Hague. The ruling brings to an end a gruelling, dramatic, and controversial epoch in the Court’s history. Here are a few thoughts on what the ruling could mean going forward.

Witness Intimidation and Prospects for a Re-Prosecution?

In the opinion of presiding Judge Chile Eboe-Osuji, the case was a mistrial (the first such ruling in the ICC’s history). Eboe-Osuji concluded that a mistrial had to be declared “due to a troubling incidence of witness interference and intolerable political meddling.” This is somewhat of a peculiar view. The defendants got something that they desperately wanted (the end of their trial) but for reasons they couldn’t possibly agree with (that Kenyan operatives intimidated witnesses and interfered with the trial on their behalf). In other words, Eboe-Osuji rather curiously blamed the political forces behind the defendants for a mistrial which ultimately benefits them and sets them free.

But that isn’t the whole story. Sang and Ruto’s defence counsel had actually hoped for something more than a mistrial or termination of the case. They had sought a positive ruling with regards to their no-case-to-answer motion. Had they received that, neither Sang nor Ruto could be re-prosecuted in the future at the ICC. A mistrial, however, permits prosecutors to re-open the case in the future if new — and better — evidence comes to light.

At the moment, it is hard to imagine such a re-trial happening. But it may not be entirely impossible down the road if the Court’s prosecutors manage to prove that there has actually been witness tampering. There are currently three live warrants of arrest that have been issued for Kenyan nationals for what amount to allegations of obstructing justice at the ICC by intimidating and interfering with witnesses. These individuals — Walter Barasa, Paul Gicheru, and Philip Kipkoech Bett — remain in legal limbo as Kenya mulls whether it will surrender them to the ICC. But it is now up to prosecutors to prove these allegations of witness tampering. If they can do that, it could potentially help them (re)build cases and to eventually re-prosecute some of the alleged senior perpetrators of the post-election violence.

No Prospects for Domestic Justice

Make no mistake about it — the Kenya cases at the ICC stopped being about justice a long time ago. The ICC-Kenya debacle is a story about a state and government against an international court and institution. It has been a narrative about a whole bunch of things — politics, colonialism, power, diplomacy, money, reputation, messaging, etc. But it is genuinely difficult to remember a time when it was about achieving justice for the victims of post-election violence. If it had been, the government of Kenya could have simply demonstrated that it was prepared to take accountability — any accountability — for post-election violence seriously. It hasn’t and it likely won’t.

The establishment of a promised International and Organized Crimes Division (as part of the country’s domestic judiciary) has been consistently delayed and, even when it is finally consecrated, won’t be examining crimes related to the aftermath of the 2007 elections. While Kenya has signed the so-called Malabo protocol, which would grant the (yet to be established) African Court of Justice and Human Rights the ability to investigate and prosecute international crimes, there is no indication that it intends to ratify the protocol — which, in all likelihood and in any case, would prohibit senior government officials from facing justice. Thus it wasn’t just the ICC’s Kenya cases that died today. Today also marked the death of any hope that those responsible for the atrocities perpetrated following the 2007 elections will be brought to justice in the near future.

The Future of Kenya?

What was originally a nightmare for Kenyan victims and survivors eventually mutated into a what Kenyan President Kenyatta has irreverently called “a nightmare for Kenya”. But the sheer amount of political energy and financial resources spent on these cases by Kenya is staggering. Shipping mammoth delegations to The Hague at (almost) every opportunity; deploying diplomats to lobby states to support various request to kibosh the trials; offering political favours and applying pressure to drum up regional support for their anti-ICC narrative; dreaming up scenarios in which the Court could be blamed for threatening peace and security or even be held responsible for terrorist attacks; hiring expensive counsel and public relations firms to tarnish the Court’s image and cast it as a meddling force doing the bidding of Western powers in Africa. All of this cost a pretty penny, the net value of which we may never know. But in a world in which the effects of the ICC, both positive and negative, are typically over-stated, in Kenya the Court has been a key variable in domestic politics for the better part of a decade. That won’t end with the conclusion of the case against Ruto.

A significant question facing Kenya today is what the future Jubilee Alliance will be. The Alliance was created out of political expedience, its raison d’être being to bring Ruto with Kenyatta together as a means to present a united front against the ICC charges. This unification of purpose led some to argue that the Court’s intervention helped to deter another round of post-election violence in the 2013 elections that ushered Kenyatta and Ruto to power. Now that the ICC cases against them have evaporated, can and will the Jubilee Alliance survive?

Some believe the Alliance must continue as a necessary evil of Kenyan unity and a means to bridge ethnic divides that remain strained. But Ruto, a Kalenjin with strong support from his ethnic constituency, is widely believed to have his sights set on replacing Kenyatta as President in 2017. Perhaps that was part of the original deal. But will Kenyatta and his supporters, many of which are Kikuyu, allow that to happen now or will he seek to retain his power? Will the absence of their symbiotic struggle against the ICC as an existentialist, unifying force expose divides in their union? And if so, is there a plan for the Alliance to disintegrate and its factions to contest elections peacefully? These are critical questions that go far beyond the Court’s cases and will determine the future course of the country.

A Sigh of Relief for the ICC?

Finally, what of the future of the ICC itself? It is no secret that even some of the strongest political supporters of the ICC have quietly intimated their belief that the Court needed to cut its losses in Kenya and move on. The cases against Kenyatta and Ruto have embroiled the ICC in political and legal controversy and the writing on the proverbial wall has been etched for months. Even if there was witness tampering and political interference, the prosecution’s cases have been widely derided as poorly constructed. Now, with not a single case ending in a verdict of any kind, the Kenya cases have done the ICC significantly more harm and little good. The only silver lining, and an important one to recognize, is that the institution’s investigators and prosecutors seem to be learning from this failure and are committed to building much stronger and resilient cases in the future. For proponents of even-handed justice, it should also be comforting that the ICC Chief Prosecutor Fatou Bensouda hasn’t shied away from opening more cases proprio motu (“upon her own volition”), a mode of triggering investigations that is most likely to lead to impartial and balanced prosecutions. Still, the mistrial ruling is an inescapably bad day for the ICC’s prosecutors. They came, they saw, they tried — and they ended up empty handed, pointing accusatory fingers at Nairobi but with no one left in the dock.

4 Responses to A Missed Trial or a Mistrial? The End of the ICC Cases against Ruto and Sang