Mark Lattimer joins JiC for this post exploring whether the current state of international law is succeeding in its aim of protecting civilians. Mark is the Executive Director of the Ceasefire Centre for Civilian Rights. He is co-editor (with Philippe Sands QC) of The Grey Zone: Civilian Protection Between Human Rights and the Laws of War (Hart/Bloomsbury, 2018), launched at the Swiss embassy in London on 12 September. 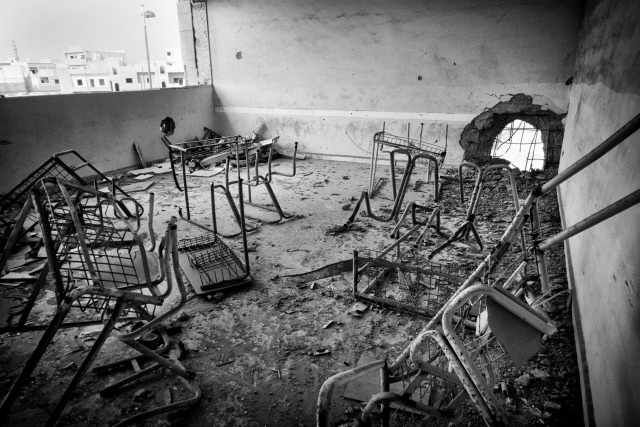 As armed conflicts continue to metastasize in many world regions, is the existing international law protecting civilians fit for purpose, or are there gaps in protection? The answer of most lawyers of armed conflict to this question has long been that the gap lies not in the substantive law but in its implementation.

While the need for implementation is plain, it is also clear that the contemporary face of conflict presents aspects which the framers of the Geneva Conventions and their 1977 Protocols – as well as the major human rights treaties – could hardly have envisaged. The growth of transnational armed groups such as Al-Qaeda and ISIS means that a ‘non-international armed conflict’ can now be fought in many states simultaneously or even, according to some proponents, globally. New technologies in warfare, from armed drones to autonomous weapons systems, radically alter the circumstances under which information is made available to commanders and with it the scope and accountability of decision-making.

Such questions are considered in a new book launched this week, The Grey Zone: Civilian Protection Between Human Rights and the Laws of War. Just looking at the fundamental conflict activities of killing and detaining, the grey areas appear to be wide. With conflict conducted in areas of high population density, there are a number of practical problems in distinguishing civilians from combatants or fighters, but also legal ones. Civilians lose their immunity from attack when directly participating in hostilities, but how is direct participation defined and how long does it last? In Iraq and Syria individuals have been targeted on account of their membership of ISIS or Jabhat al Nusra. But what of members of armed groups who do not engage in combat? What of the driver, the cook, or the recruiter? The treatment of ISIS members and their families is a sensitive subject in Iraq, but it appears to encompass the targeting and/or punishment of those who had no combat function.

The growth in armed conflict jurisprudence from human rights and monitoring bodies has in many cases recast the headline question: rather than identifying gaps in the law, the challenge is to determine which set of laws or legal regimes apply. Should it be human rights law or the international humanitarian law (IHL) applicable in armed conflict? Or indeed both?

The question is already familiar from targeted killing operations, where the application of a ‘law enforcement paradigm’ would require markedly different conduct to that governed by an ‘armed conflict paradigm’ (essentially outlawing intentional use of lethal force unless strictly unavoidable in order to protect life). Stuart Casley-Maslen argues persuasively in the book that the relevant part of IHL that governs the conduct of hostilities is only applicable in a zone of active hostilities, and that the use of force outside that zone, including in a third country, should be governed by law enforcement rules.

Human rights cases in European jurisdictions have also imposed limits on detention without charge or trial in non-international armed conflicts. Domestic law often provides the territorial state with the authority to intern civilians deemed to pose a threat during conflict, but such authority is less certain under international law, therefore making the practice by foreign states – including those operating under a multi-national mandate – potentially illegal. Françoise Hampson considers the justifications for a system of administrative detention or internment and suggests ways forward for clarifying customary IHL on detention in non-international conflicts, including the need for procedural guarantees and a detention review mechanism.

The use of human rights law to challenge practices in armed conflict highlights arguably the biggest gap of all: the corresponding lack of enforcement mechanisms under IHL to ensure that humanitarian norms are implemented. In creating rights and obligations for parties to conflict, IHL rules generally have little to say about individual rights actionable at the suit of civilians themselves. As the contributions to The Grey Zone illustrate, the development of such civilian rights is a work in progress.

Mark Kersten is a consultant at the Wayamo Foundation, a Senior Researcher at the Munk School of Global Affairs, and a law student at McGill University Law School. He is also author of the book, 'Justice in Conflict - The Effects of the International Criminal Court's Interventions on Ending Wars and Building Peace' (Oxford University Press, 2016).
View all posts by Mark Kersten →
This entry was posted in Guest Posts, International Humanitarian Law, International Law and tagged Mark Lattimer, The Grey Zone: Civilian Protection Between Human Rights and the Laws of War. Bookmark the permalink.

2 Responses to Grey Zones: Is International Law Fit for Purpose to Protect Civilians?