Balancing Peace and Justice in Negotiated Transitions from Conflict in Asia

Galuh Wandita joins JiC for this contribution on balancing peace and justice in the context of ongoing conflicts in Asia. Galuh is the Director of Asia Justice and Rights. Her post is the latest in our ongoing symposium on ‘Rethinking Peace and Justice’. Be sure to check out the other posts here. 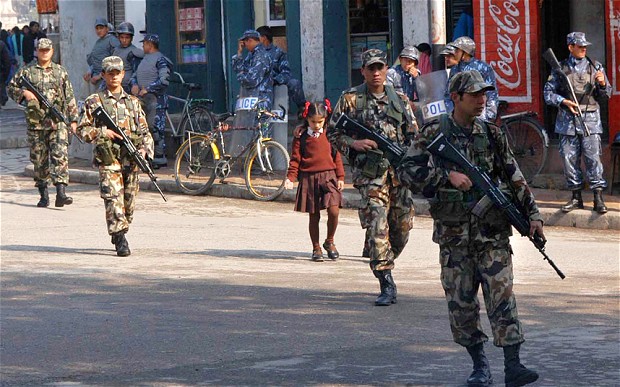 The recently published IFIT report on Rethinking Peace and Justice offers a nuanced approach for those of us working in the reality of conflict. This report avoids the approach of slinging stones from the outside, while repeating mantras about accountability, which may not be helpful while peace is being negotiated. For many of us, knowing that there are principles that we hold firmly (i.e. if you commit serious crimes, there should be justice someday) is like having the stars to guide us as we walk in the darkness of night. It is what can inspire our determination and creativity, while allowing us to create short and mid-term interventions with justice as a long-term goal.

I think similar to how we have always used the idea of ‘practical and strategic’ needs in gender and development approaches, we can also use the same idea when balancing peace and justice. Practical needs in relation to justice are measures to preserve life and bring peace (and thus could include the offering of some kind of amnesty). Strategic justice needs would be measures that brings us closer to acknowledging victims and sanctioning perpetrators. During peace negotiations, we work on the practical needs, with the long-term goal of achieving some kind of justice.

Pursuing accountability for mass atrocities while trying to get warring parties to agree to lay down their arms is like adding a heavy backpack to the shoulders of a trapeze artist attempting to walk an aerial line. The extra weight could cause the aerialist to fail to reach the other side. However, if it is balanced well, it could support her journey across the thin wire. Similarly adding accountability to peace process, if balanced right, could contain important tools to carry the peace process forwards. Peace mediators/negotiators should think of useful “hooks” for anti-impunity advocates who may be working on these issues decades later.

In Asia, several peace accords have included truth and justice measures, but implementation of these commitments remains weak. For example:

The Comprehensive Peace Agreement in Nepal (2006) provided for creation of a truth commission and a disappearance commission, but it was 2015 before both commissions were established. In addition, their mandates reflect the precarious transition. Civil society groups have criticized these commissions for lacking independence and have all but abandoned positive engagement with them.

In the Mindanao region of Philippines, the Framework Agreement on the Bangsamoro (2012) recognizes that acknowledging past violations is a necessary foundation for peace, and it includes provisions for land reform, vetting and other transitional justice measures “to address the legitimate grievances of the Bangsamoro people, correct historical injustices, and address human rights violations” (ch VIII, para 12). A preparatory commission (the Transitional Justice and Reconciliation Commission, TJRC) worked between 2014 and 2015; however, the truth commission promised under the peace agreement has yet to be established.

Let me dive in more deeply into one context. In Aceh, Indonesia, after more than three decades of conflict, the Indian Ocean tsunami (Dec 2004) ravaged the coastal villages and towns killing some 200,000 persons. This shocked the Indonesian government and the Acehnese rebel group (GAM, the Free Aceh Movement) into agreeing to re-enter peace negotiations. According to those who participated in the process, the main points of contention during the negotiations centered on the establishment of local parties, a stepping-stone to self-governance in Aceh.

At a national level, as part of push for democratic reform within Indonesia, a law on a truth and reconciliation commission had been passed in 2004 and a court with jurisdiction over atrocity crimes was already in place when the peace talks were underway. Nonetheless, further commitments to truth and accountability were contained in the resulting Helsinki Memorandum of Understanding (2005). In a 2007 interview, a GAM negotiator reflected that “[d]uring the negotiations, to be frank, we thought all of this [push towards justice] would be an academic pursuit. NATO was attempting to try perpetrators in former Yugoslavia. Would it be possible to actually bring to trial a general in Indonesia? Impossible.”[1]  Provisions on a truth commission and a “human rights” court were added in the 11thhour of the negotiations by the chief negotiator, Finland’s Martii Ahtisaari. Both parties agreed without much discussion.

However, a Constitutional Court decision in 2006 annulled the national TRC, and this posed almost an insurmountable block to the Aceh TRC. Civil society groups at local and national level reacted swiftly, with a national coalition of more than 50 groups adopting a parallel strategy. The KKPK (Coalition for Justice and Truth) pushed for the redrafting of a national TRC law, and a local coalition in Aceh, KPK Aceh, created a draft law on the Aceh TRC in 2007. Fast-forward to the present, there is NO national TRC, but local parliament in Aceh established a TRC for that region.

In Aceh, civil society’s persistent calls for truth and accountability spanned more than a decade. Unfortunately, in the early phase of the peace-building process, none of the signatories to the peace agreement seriously pursued the implementation on the provisions for accountability. Many international actors, including the UN, were happy to look the other way. A prominent Acehnese woman leader, Samsidar, reflected, “Even though the establishment of the TRC was mentioned in the MoU, the Aceh Party (initially) was not interested in supporting this because they thought there was no advantage for them. Anything concerning victims did not come from the parties (of the peace agreement) but from civil society… Anything with victims’ rights was considered not profitable.”[2]

What made the difference was the persistent staying power of civil society, which was able to leverage the commitments made in the peace agreement.

What key lessons can be shared from Aceh for peace-mediators/negotiators:

Peace agreements often focus on former combatants but remain silent on victims. Victims’ groups should be strengthened and prepared to engage local and national government officials in a struggle for truth and justice that can take decades. In Aceh, victims’ groups took a leading role in demanding the TRC; however, some have since become exhausted. Many of their civil society counterparts have entered into local politics, but others have persisted. Local groups conducted memorialization, organized a one-day public hearing on an infamous massacre, and have continued to support and provide information to victims. A peace & justice focused funding-mechanism for local civil society and victims’ groups would have helped ensure that these voices could be heard. This could be administered by national entities that are familiar with the context and are not afraid to take a strong position on human rights.

There needs to be a long-term strategy on how to increase the capacity of local victims’ groups to deal with trauma, document and share their experiences, as well as strengthening their socio-economic base. Specific programs dealing with trauma must be integrated into the reconstruction/ development priorities, involving both formal institutions as well as civil society groups.

Women victims need safe spaces to speak about their experiences. Syariah (or Sharia) law norms now formalized in Aceh include provisions that discourage women from speaking out. (If a woman victim cannot prove that a sexual assault took place, then she will be charged for adultery). There is also pressure from local leaders not to speak out about sexual violence as it brings shame to the community. At the same time, Syariah legislation and police discriminate against women because they overly focus on women’s modesty. It takes time and resources to create safe spaces for women survivors and activists to speak out. Special efforts have to be made to include women survivors in rural/remote areas (where violations often were worse). Without these interventions, peace-building efforts will continue to be imbalanced and less effective.

Victims need both acknowledgement and socio-economic support. It is crucial that civil society and government actors work together to meet these needs and to develop creative and contextual ways to strengthen the debate for accountability. There needs to be a dedicated strategy for ensuring and planning for the long-term participation of victims from all sides of the conflict. Resources should be set-aside for this purpose.Rehabilitation programs should focus on both former combatants and victims of human rights violations. These types of initiatives should be articulated in peace agreements.

Programs that strengthen human rights and the rule of law, as well as address violence against women, should integrate acknowledgment and accountability for past crimes in the process of dealing with new issues. Justice and accountability measures are part of re-building trust in the institutions of governance and rule of law. Allowing perpetrators to roam free, without social, administrative or judicial sanctions, shake the foundations of trust in the peacebuilding process.

Mark Kersten is a consultant at the Wayamo Foundation, a Senior Researcher at the Munk School of Global Affairs, and a law student at McGill University Law School. He is also author of the book, 'Justice in Conflict - The Effects of the International Criminal Court's Interventions on Ending Wars and Building Peace' (Oxford University Press, 2016).
View all posts by Mark Kersten →
This entry was posted in "Peace versus Justice" Debate, Asia, Rethinking Peace and Justice Symposium and tagged Galuh Wandita. Bookmark the permalink.