Biting the Hand that Feeds it: Transitional Justice as a Human Right?

There is a lot of confusion around what exactly a human right is, how we, as human beings, have them, where we have them from, and who is obligated to uphold them. Recent years have seen a burgeoning literature and work grappling with these questions. A lot of the contemporary engagement on human rights stems from frustrations over the mis-use and misunderstanding of what constitutes human rights.(If you’re interested check out Conor Gearty’s blog The Rights’ Future and posts on human rights at The Disorder of Things).

To a large extent, at least, the Human Rights Regime has developed from a very particular political project which seeks to universalize standards of humanity. There now appears to be a strong movement that challenges the nature of this political project not in order to undermine human rights but, in many cases, to strengthen them.

Consider that, historically, perhaps the greatest challenge to human rights has been the idea of cultural relativism. Proponents of this view justify their rejection of human rights standards precisely because they are identified with a Western, liberal and universalizing project which privileges the individual over other moral agents, such as the community. Of course, many of these cultural relativists criticize human rights to justify their own abuses of human rights rather than deriving it from any sophisticated understanding on the subject or a defense of a distinct political or ethical persuasion.

One, if not the, major barrier to improving human rights standards during the Cold War was the lack of any enforcement mechanisms. By and large, human rights were in a deep freeze until the Cold War began to thaw. At that time the liberal project, some would call it the liberal cosmopolitan project, reared its head again. By 1998, what had just a decade ago been unthinkable occurred: the international community created an international criminal court that would hold to account those individuals most responsible for human rights violations.  As Marlies Glasius has pointed out, this was the achievement of a burgeoning industry of global civil society actors which sought an institution that could and would intervene on behalf of humanity to protect humanity from human rights violators. Aryeh Neier has described it as “a new era in international human rights protection”.

Of course, this is a very superficial version of a much more complex story.  The point here, which I doubt is controversial, is simply that human rights and Transitional Justice, which includes international, domestic and hybrid criminal courts, have been indelibly linked. 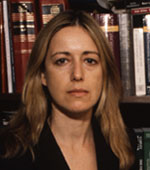 This brings me to a comment from Ruti Teitel, a legal scholar and a key figure in the discourse of Transitional Justice. Teitel recently suggested during a discussion on the globalization of international law that Transitional Justice is a human right. She later clarified that she isn’t necessarily an advocate of this view but “this is the direction in which things are going.” Interestingly, the lawyers and legal scholars in the room appeared not to have a problem with this issue. But there is a significant problem with this assertion. Indeed, the claim may even be dangerous.

“Transitional justice is a response to systematic or widespread violations of human rights. It seeks recognition for victims and to promote possibilities for peace, reconciliation and democracy. Transitional justice is not a special form of justice but justice adapted to societies transforming themselves after a period of pervasive human rights abuse. In some cases, these transformations happen suddenly; in others, they may take place over many decades.”

Does it make any sense to call Transitional Justice as defined above as a human right? What would that entail?

There is a danger with calling Transitional Justice a human right (Photo: iccnow.org)

Taking all of this into account, advocating Transitional Justice as a human right, then, means something more than, say, the right to justice. It means that by virtue of being human beings, we have the right to live in a particular polity, specifically a liberal democracy. As my friend and colleague Paul Kirby pointed out to me, it also means that there exists an obligation to ensure all humans can enjoy the right to Transitional Justice and a liberal democracy. Doesn’t that sound more like military intervention than human rights?

The problem, in the end, is similar to the broader criticism often levied on the human rights regime. Even those who are sympathetic to the aims these commendable causes become frustrated with the way in which they are promoted or promulgated. In this context, those sympathetic and supportive of Transitional Justice may become so perturbed by the notion of Transitional Justice as a human right that their sympathy or support wanes. That is the danger of intellectual reckless abandon in a field as sensitive as Transitional Justice. Some of the strongest advocates may get ahead of themselves, and in the end bite the hand that feeds them.

Mark Kersten is a consultant at the Wayamo Foundation, a Senior Researcher at the Munk School of Global Affairs, and a law student at McGill University Law School. He is also author of the book, 'Justice in Conflict - The Effects of the International Criminal Court's Interventions on Ending Wars and Building Peace' (Oxford University Press, 2016).
View all posts by Mark Kersten →
This entry was posted in Human Rights, Liberal Peace, Transitional Justice. Bookmark the permalink.