Having Cake and Eating it Too: An ICC Trial in Libya? 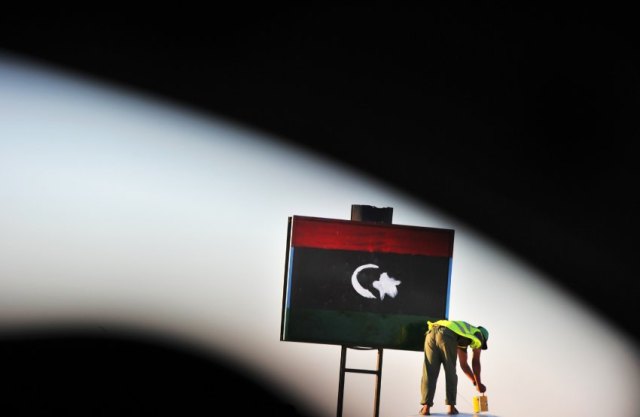 Could Gaddafi face an ICC trial in Libya? (Photo: AFP)

The past few days has seen an interesting shift in the debates regarding international justice in Libya. While many commentators, especially those who argue that justice can only hinder peace, were once happy to question whether Muammar Gaddafi, his son and his intelligence chief should be tried, the primary debate emerging now is where they should be tried.

At the center of the debate on where the Tripoli Three should be tried is a deceivingly complex paradox, outlined brilliantly in Gerry Simpsons’ book, Law, War and Crime, in the chapter “Law’s Place”. While international criminal law adjudicates crimes on the international level, justice remains most effectively pursued and achieved locally, where witnesses, victims, survivors and evidence actually are. The International Criminal Court’s complementarity regime is intended to mitigate this contradiction by guaranteeing that the ICC could only ever prosecute individuals in a state that was either unable or unwilling to do so itself. States, by extension, have primacy over pursuing justice and can only be replaced by the ICC if they don’t want to or can’t effectively and legitimately prosecute human rights violators.

Numerous commentators have grappled with the issue of trying the Tripoli Three in either Libya or The Hague. Andrew Jillions wrote a piece here at JiC on the subject, questioning whether it should be considered only as a legal issue. David Bosco also has an interesting post on the subject at his blog, The Multilateralist. The Guardian did a survey on where Gaddafi should be tried with the results overwhelmingly in favour of local trials. Stewart Patrick has detailed five possible options that the international community has with regards to trying the Tripoli Three and any others who may be indicted by the Court (remember, the first three indictments related to crimes committed only in the very early stages of the conflict). 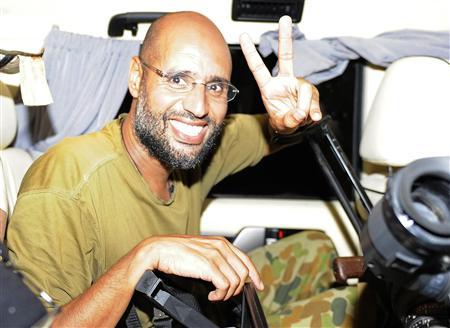 Could Saif al-Islam Gaddafi be put on trial by the ICC in Libya? (Photo: Reuters)

Yet in promoting stark ‘either-or’ scenarios most assessments miss another possibility which could, at least theoretically, put this whole debate to rest and leave all sides satisfied: an ICC trial of Gaddafi in Libya.

It seems this option has yet to filter through the imaginations of most commentators, but it is not as absurd as one might be led to believe. Earlier this year, judges at the ICC considered holding hearings in Kenya for confirmation charges against those responsible for the 2007 post-election violence in the country. The judges eventually decided against holding the hearings in Kenya, but it marked the first time the Court had seriously contemplated the idea of taking the ICC out of The Hague.

In Libya, the possibility of political intrusion and attempts to influence judicial proceedings by allies of the indicted Gaddafis would appear far less unlikely than in the Kenyan case where some of the ICC’s targets remain closely tethered to the ruling political class. Victim and witness protection would undoubtedly be a challenge, arguably a more significant challenge than if the case was heard in The Hague. There is also a legitimate fear that by trying the Tripoli Three in Libya or the Ocampo Six in Kenya, the ICC could become a traveling political circus. But the benefits of holding an ICC trial in Libya are palpable – for the Court, for Libya and for justice.

Holding hearings and a trial in Libya would allow the Court to retain control over the proceedings and thus guarantee international legal standards, maintain its political salience in Libya and in the region, all the while illustrating that the ICC isn’t simply interested in extracting leaders from the very context in which the victims and survivors it purports to work for live. The Court would also be able to leave a tangible legacy in Libya with offices, a court, and so forth, in place.

Importantly, the inflexibility of trials having to take place in The Hague makes very little sense to victims. In a context where it isn’t enough for justice to be done, but also needing to be seen to be done, what better way to strengthen the Court’s reputation and credibility while directly enhancing the capacity of Libya to try its own leaders?

Libya and the National Transitional Council would be able to continue its critical relationship with the international community, demonstrate to the world and to Libyans that it is committed to achieving justice and embracing rule of law, while skipping out on the financial burden of what will surely be a long and arduous trial. They would be able to satisfy both the desire of its people to have the Tripoli Three tried in Libya as well as pressure from the Court and human rights groups to guarantee a judicial process of the highest standard. 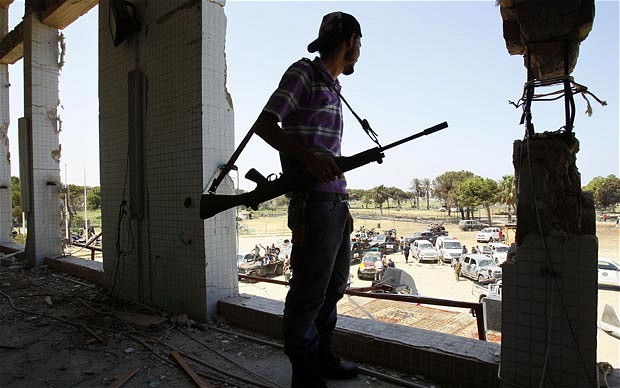 Importantly, what I am suggesting in this post is not a hybrid tribunal. There would be no possibility of having Libyan judges or any direct participation in proceedings by Libyan authorities. Rather, Libya would be a “host” to the Court during the trial. The judges, defense counsel and prosecution would all be from the ICC. You can take the ICC out of The Hague, but you can’t take The Hague out of the ICC.

I have little doubt that many will read this and argue that it is legally impossible or unfeasible for one reason or another. Indeed, any attempt at an ICC trial in Libya may encounter tremendous legal obstacles. But it is precisely these types of creative solutions to complex problems that are needed in the wake of events such as the conflict in Libya. Creativity is often missing in international criminal justice where advocates and employees prefer the letter of the law as their compass for all that is good and all that is evil. Exploring the possibility of holding an ICC trial in Libya could help break this self-imposed and maintained restraint on creativity within the field and promote the Court’s role in Libya’s transition and reconstruction.

At the heart of Justice in Conflict is the belief that international criminal justice is coloured by politics. The “politics of international law” is often used to bash advocates of the ICC and champions of human rights over the head, in no small part because those same advocates and champions express a phobia for any political implications in their beliefs or work. Yet the politics of international criminal justice may simply be good politics. In this context, putting the Tripoli Three on trial in Libya may present an onerous judicial and legal challenge, but it may also be a politically savvy way to achieve justice and have justice seen to be done both locally and internationally. And after all, would that not serve everyone’s interests?

Update: Peter Quayle, a solicitor who specializes in public international law and litigation has written a post (here) where he suggests that holding a trial by the ICC in Libya is not as legally unfeasible as I suggested. Quayle writes that:

Article 3(3) of the ICC’s Rome Statute is authority for the court to decide to sit “elsewhere, whenever it considers it desirable.”

So if there are no legal barriers to an ICC trial in Libya, why not put the option on the table?

Update (2): David Kaye, writing at the New York Times (see also this Opinio Juris post) has become, as far as I can tell, the first to suggest and ICC trial in Tripoli in the media. Kaye’s piece is eloquent and well worth a read. He rightly, in my opinion, concludes that:

After decades of oppression and six months of war, Libyans deserve the opportunity to bring their oppressors to justice. The international community should support that kind of effort, and reinforce it by assuring the basic norms of international law. For Libyans, trial by the I.C.C. in Tripoli should be a bridge toward taking ownership of their future.

The only criticism I have is about the extent to which nationals of a state (in this case Libya) can participate in an ICC trial. If Libyans played a large role in an ICC trial, it would become a more of a hybrid court, something I don’t think is in the ICC’s interests or mandate.

Mark Kersten is a consultant at the Wayamo Foundation, a Senior Researcher at the Munk School of Global Affairs, and a law student at McGill University Law School. He is also author of the book, 'Justice in Conflict - The Effects of the International Criminal Court's Interventions on Ending Wars and Building Peace' (Oxford University Press, 2016).
View all posts by Mark Kersten →
This entry was posted in Complementarity, International Criminal Court (ICC), Justice, Kenya, Libya, Libya and the ICC, The Tripoli Three (Tripoli3). Bookmark the permalink.

4 Responses to Having Cake and Eating it Too: An ICC Trial in Libya?