Trying the Tripoli Three: Justice at Home or Away? 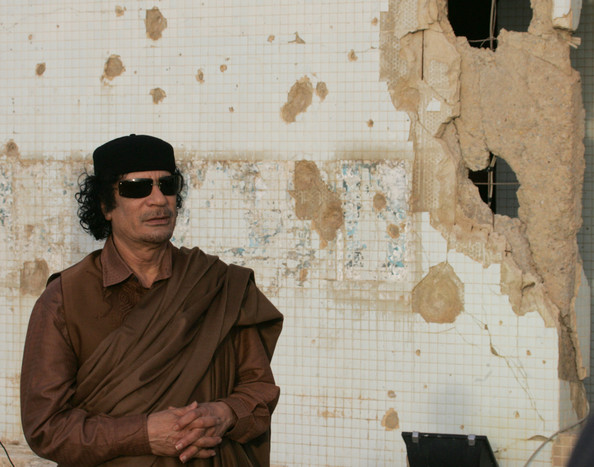 Andrew Jillions joins JiC once again to discuss where the Tripoli Three should be tried: in Libya or The Hague?

With rebels storming Tripoli and Saif al-Islam reported captured, it seemed appropriate to consider the question of where those indicted by the ICC should face trial, in Libya or the Hague. Things are less clear today, with the fog of war being blamed for the mistaken reports of Saif’s capture, and discussions about the location of his trial looking somewhat premature. Nevertheless, the writing is on the wall and, hopefully sooner rather than later, where the trial will take place is a question that will eventually need to be answered.

My view is that it is a mistake to think of this as a fundamentally legal question, just as it is a mistake to think that resolving the question requires a fundamentally legal judgement. To attempt to make it so will weaken international criminal justice, giving fodder to those waiting to cry legalism at any sign of prosecutorial excess (here’s looking at you John Bolton!). Contrary to Alison Cole’s argument, the danger to international justice is not that it appears hollow if the ICC wimps out of the full execution of the arrest warrants. Rather, the danger is that by demanding the transfer of “the Tripoli Three” the ICC shows an inability to exercise discretionary judgement, and to recognise that this is a genuinely different situation from any that have come before the Court previously. We’re looking at a new set of actors in the National Transitional Council, actors that haven’t yet had the opportunity to show either an ability or willingness to try those accused of international crimes, let alone sign Libya up to the ICC.

A rebel walks past burning debris in Tripoli (Photo: Spiegel)

All the signs are that the National Transitional Council will want to try Gaddafi and his fellow accused themselves. As Mark Kersten notes, they are in an increasingly strong position when it comes to dictating post-conflict events. Reflecting the view that this is a fundamentally political judgement for the NTC, Andrew Mitchell, the UK International Development Secretary, has stated unequivocally that if the Libyans want to try Gaddafi, they will be allowed to.

There are some conditions that will need to be satisfied first, however. Bosco suggests the possibility that “the unenviable task of assessing whether the new Libya is capable of conducting credible trials” would fall, eventually, to an ICC judge, but I think this is a standard that will more likely be adjudicated by those countries involved in the intervention and currently advising the NTC. At some point, in order to claim jurisdiction, the NTC, or whatever this becomes in the new Libya, will need to be able to show that they have the necessary judicial institutions in place to try the accused and that those institutions can be trusted to give the accused a fair trial, in line with international standards. Given that none of these institutions currently exist, there is some work to be done here.

The signs are encouraging. The NTC has set a timetable for developing all the necessary institutions, and it already has a draft constitution in place. They have taken steps to avoid corruption, factionalism and special interests driving the process. Their conduct during hostilities gives plenty of reason to be hopeful – they have by most accounts done a good job in a complex situation, and managed to guard against Islamism or sectarianism (the murder of General Abdel Fattah Younis notwithstanding). One worry is that the clear common purpose that has motivated the disparate members of the council up until now – ending Gaddafi’s regime – has papered over the underlying cracks; cracks which, when peace begins to emerge, must show themselves. One source of strain is likely to be calls for Gaddafi to face either summary justice, to subject him to the same standards that he subjected his citizens to, or to face justice under Sharia law.

The head of a destroyed statue of Colonel Gaddafi in his compound in Tripoli (Photo:AP Photo/Sergey Ponomarev)

Given the unpalatable experience of watching the Iraq High Tribunal try Saddam Hussein – without any real pretence to fairness – there shouldn’t be any rush to accept that fair trial standards will be followed just because international advisors are present or international finances are used. Hopefully lessons have been learnt, and the NTC has so far shown an ability to listen and learn from the mistakes of others in the region.

It is here that complementarity and the ICC’s right to prosecute the accused becomes most important, as a political tool for ensuring that the best international fair trial standards get implemented, and the most robust institutions get constructed. The arrest warrants and the international right to try the Tripoli Three at the Hague gives the international community and the ICC a way to keep engaged throughout the constitution building process. It provides a focal point around which to construct a judicial system embodying international human rights and rule of law standards. Using the able or willing test wisely will give the NTC an incentive to maintain the same unity of purpose that has got them this far.

There will be plenty of behind the scenes advocacy before all is said and done, but because of the potentially constructive role a domestic trial could play in peace and reconciliation, I would be mightily surprised if any trial took place in the Hague. Successfully trying Gaddafi is a litmus test for the ability of the National Transitional Council to govern, and for the constitutional future of Libya. If they can avoid calls for immediate, summary justice, there could be no greater demonstration of their commitment to a free, fair and law-governed society. And to the extent that the ICC can support this, there could be no greater credit to the institutions of international justice.

Mark Kersten is a consultant at the Wayamo Foundation, a Senior Researcher at the Munk School of Global Affairs, and a law student at McGill University Law School. He is also author of the book, 'Justice in Conflict - The Effects of the International Criminal Court's Interventions on Ending Wars and Building Peace' (Oxford University Press, 2016).
View all posts by Mark Kersten →
This entry was posted in Complementarity, Crimes against humanity, Human Rights, International Criminal Court (ICC), Justice, Libya, Libya and the ICC, The Tripoli Three (Tripoli3). Bookmark the permalink.