The Death of Gaddafi and the “Injustice Cascade” 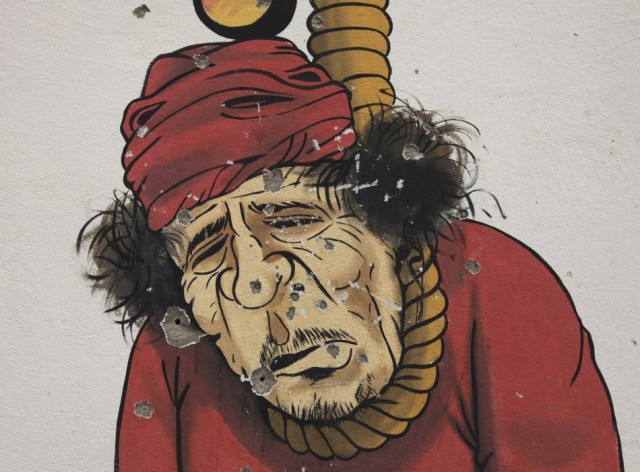 Is this the face of "justice"?

Many a practitioner, scholar and layman has argued that we live in a world where holding leaders accountable for committing international crimes – genocide, war crimes and crimes against humanity – has become a norm. The world has no place for impunity. Humanity and the international community, so it goes, no longer question whether to pursue justice and individual accountability for leaders like Muammar Gaddafi, Slobodan Milosevic or Charles Taylor, but how to achieve it.

Kathryn Sikkink has dedicated much of her academic life to communicating precisely this type of narrative. According to Sikkink there exists what she calls a “justice cascade” – the apparent increase in holding individuals accountable in states transitioning to democracy. Through this idea of the “justice cascade”, Sikkink is saying that, one, we increasingly expect and pursue individual accountability and two, that we indeed should. In short, holding individual leaders who commit large-scale human rights violations accountable is an entrenched element of international politics – it has become a norm.

Last night I had the opportunity to attend a keynote speech given by Sikkink, addressed to a crowd of international relations theorists at the annual Millennium Conference. In the address, Sikkink promoted her new book, bearing the name of her above-stated hypothesis: “The Justice Cascade”. In the question and answer period, Professor David Chandler challenged Sikkink by suggesting that actual state practice points to precisely the opposite of a “justice cascade” and, in fact, rather approximates an “injustice cascade.”

In his challenge Chandler summarized a rather disturbing trend in international criminal justice: Milosevic was given a trial, and while critics have exposed some flaws in the trial, Milosevic’s was largely a fair trial in the sense that he was given the opportunity to argue his case. Subsequently, in 2004/2005, Saddam Hussein was put on trial in Iraq, a process that is largely recognized as having been little more than a sham trial. His hanging, the result of a death penalty handed down to him by the Iraqi tribunal hearing his case, is often criticized as having denied Hussein the opportunity to demonstrate how the US had cooperated with him in the past. Of course, we now have Gaddafi who never reached the courtroom, despite having been captured alive. 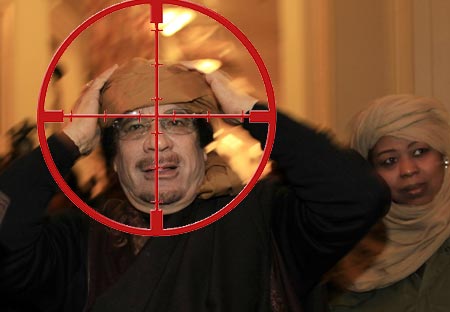 My question is simple: does this trajectory suggest a knee-jerk reaction and challenge to the so-called norm of individual criminal accountability?

As I have argued previously, it is worth wondering – and being concerned about – whether the killing of individuals like Osama bin Laden and Gaddafi, as well as the dramatic increase in the use of drone strikes by the US is symptomatic of a shift in practice towards eliminating enemies rather than bringing them to the dock. What has disturbed many observers more than anything about this growth in extra-judicial killings is that it is being framed as “justice” and thus brings the “justice” served by assassinating and killing enemies into the same moral space as the “justice” served by holding individuals to account by trial for their role in orchestrating and perpetrating atrocities.

It is important that I clarify a key point: I am not suggesting that Western states are ordering the killing of individuals like Gaddafi because they don’t want to see them in a court. Such direct intentionality is impossible to prove. What is happening, however, is that states (NATO states in the case of Libya), are creating ripe conditions wherein killing “evil” or “inconvenient” adversaries like Gaddafi becomes a likely and predictable outcome.

In Libya, the ripe conditions for Gaddafi’s death were created by the intervening states abrogating their supposed interest in bringing Gaddafi to account for his crimes. While the rhetoric of “bringing Gaddafi to justice” was high in the early stages of the conflict, it quickly turned to “it’s up to Libya what Gaddafi’s fate will be.” In practice, this meant that any pressure exerted by NATO states on Libyan authorities early on in the conflict to deliver Gaddafi to justice – in front of judges – withered.

It is hard not to see how Gaddafi’s death (which, some commentators are arguing, amounts to a war crime by the Libyan forces) was predictable. By saying, “it’s up to the Libyan people to decide what happens with Gaddafi,” the intervening states, which obviously carry tremendous clout and influence, were, in effect saying: “do what you will.” Not doing something, sometimes, does a lot. Not exerting pressure to ensure that Gaddafi was held accountable for his crimes had the effect of Gaddafi not being held to account and contributed, even if only indirectly, to a culture where killing him may not have been seen as an illegitimate act or even an injustice.

If it holds true that the increase in eliminating inconvenient enemies is a fundamental challenge to the norm of individual accountability, the question becomes whether this challenge is a complete reversal in how international actors pursue “justice” or whether it is just an obstacle on the road to universal appreciation for international criminal justice.

If it is the latter – and I think most readers hope it is – then the normative agents of human rights protection – the human rights NGOs of the world, the UN Secretary General’s office and indeed, the ICC’s Office of the Prosecutor – need to challenge this knee-jerk reaction of simply eliminating the adversaries of Western-led projects. There is evidence that they have begun to do so in the wake of Gaddafi’s death, which is a welcome sign if the normalizing of individual criminal accountability is to ever get back on track.

Mark Kersten is a consultant at the Wayamo Foundation, a Senior Researcher at the Munk School of Global Affairs, and a law student at McGill University Law School. He is also author of the book, 'Justice in Conflict - The Effects of the International Criminal Court's Interventions on Ending Wars and Building Peace' (Oxford University Press, 2016).
View all posts by Mark Kersten →
This entry was posted in International Criminal Court (ICC), Justice, Libya, Libya and the ICC, NATO, Osama bin Laden, Osama bin Laden and international law, Slobodan Milosevic, The Tripoli Three (Tripoli3). Bookmark the permalink.

8 Responses to The Death of Gaddafi and the “Injustice Cascade”