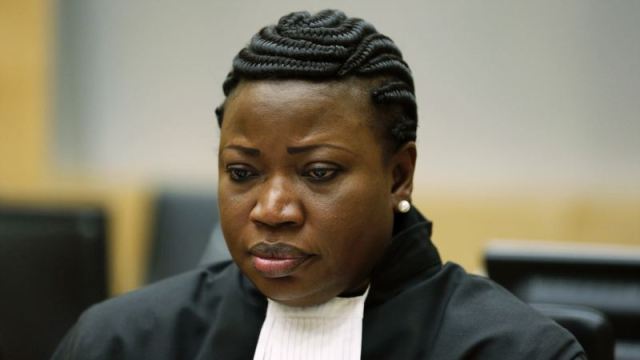 Over the past few days, a number of individuals have contacted me to ask about a statement in which ICC Chief Prosecutor Fatou Bensouda told the United Nations Security Council that her office was investigating rebel crimes committed during the Libyan civil war.

Here’s what Bensouda had to say:

“My Office continues to collect evidence in relation to a possible second case in Libya. No decision has yet been taken as to the focus of that second case. We continue to collect information on allegations of rape and sexual violence, which targeted both men and women; allegations against other members of the Al-Qadhafi Government for crimes committed during the events of 2011; and allegations of crimes committed by rebels or revolutionary forces, including against the residents of Tawergha, individuals hors de combat and detainees. I will take a decision on the direction of a possible second case in the near future.”

So should we take Bensouda’s statement as a sign of things to come? Are more arrest warrants on the horizon? Will the ICC target alleged crimes committed by Libyan rebel forces?

First, is important to remember that such statement have been made since the very first days of the ICC’s intervention into Libya. Indeed, in the very first press conference on the ICC’s investigation into alleged crimes in Libya, former Prosecutor Luis Moreno-Ocampo warned rebel factions that “if opposition groups commit crimes, their leaders will also be investigated.” Moreno-Ocampo also subsequently claimed NATO would be investigated “impartially and independently by the prosecution.” But despite periodic statements, there remains no evidence that any indictments for rebels – or NATO for that matter – are forthcoming.

Second, it has to be said that there is nothing particularly controversial about Bensouda’s statement. The Prosecutor declared that her office continues to “collect information” on various alleged crimes. This is something that the Office of the Prosecutor (OTP) does constantly and it gives no indication of whether that information will be transformed into a request for arrest warrants or even the official opening of a second case. Moreover, Bensouda was quite clear in stating that “[n]o decision has yet been taken as to the focus of that second case.”

Still, there is a case to make for continuing to investigate Libya and, in particular, investigate alleged crimes perpetrated by the rebels, or thuwar. In her statement, Bensouda specifically mentioned Tawergha, a town outside of Misrata. She was right to do so. The citizens of Tawergha were forcibly expelled from their town in what almost certainly amounts to a war crime or crime against humanity. Kevin Jon Heller has recently argued that “[i]t is at least arguable that the Misratan thuwar committed genocide against the Tawerghans.” This is bolstered by claims, cited in the International Commission of Inquiry on Libya, that rebels declared that Tawergha deserved “to be wiped off the face of the planet.” The Commission added that “The Misrata thuwar have killed, arbitrarily arrested and tortured Tawerghans across Libya. The destruction of Tawergha has been done to render it uninhabitable.” This sad chapter and stain on Libya’s transition continues as internally displaced Tawerghans remain the target of periodic violence. Moreover, as numerous human rights groups have made clear, absolutely nothing has been done to bring rebel perpetrators to justice. This is at least in part due to ‘Law 38’ which grants a blanket amnesty to any crimes committed by rebels in the name of the revolution.

In short, it is clear that the ICC should continue to investigate alleged crimes in Libya. There are clear grounds to claim that rebel crimes were perpetrated, the authors of those crimes are not a mystery to anyone, and the Libyan authorities have shown no interest in investigating or prosecuting the crimes themselves.

Nevertheless, it would be premature to suggest that new indictments will be issued any time soon. If the ICC was keen on issuing arrest warrants against members of Libya’s thuwar it could have done so long ago. Remember, it took only four months to for the ICC to issue arrest warrants against Gaddafi, Saif and Senussi from the moment the OTP accepted the Security Council’s referral of Libya to the Court. The expulsion of the Tawerghan people, in comparison, occurred fifteen months ago. Additionally, given ongoing controversies in the Court’s case against Saif and Senussi as well as the ICC’s battered relationship with Libya, it seems hard to believe that Bensouda is keen to go in for another kick at the can.

In this light, Bensouda’s statement shouldn’t be read as a guarantee but as a warning – an attempt to pressure Libya to investigate and prosecute rebel crimes themselves. As such, it is a welcome development, especially given that Bensouda made these claims not at an ICC press conference but at the United Nations Security Council.

Libya has made clear that it wants its sovereignty respected and that it will abide by international human rights standards and the rule of law. They can prove it by heeding Bensouda’s warning.

Mark Kersten is a consultant at the Wayamo Foundation, a Senior Researcher at the Munk School of Global Affairs, and a law student at McGill University Law School. He is also author of the book, 'Justice in Conflict - The Effects of the International Criminal Court's Interventions on Ending Wars and Building Peace' (Oxford University Press, 2016).
View all posts by Mark Kersten →
This entry was posted in Crimes against humanity, Genocide, Justice, Libya, Libya and the ICC, UN Security Council, War crimes and tagged Fatou Bensouda, Tawergha. Bookmark the permalink.