The Justice in and of Death 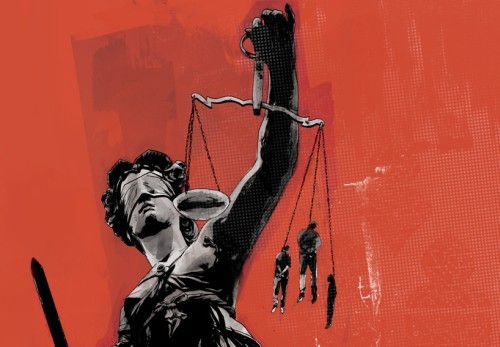 Somewhere in Sudan, Ali Kushayb is recovering from injuries that very nearly took his life. Kushayb, a Janjaweed leader wanted by the International Criminal Court (ICC) on allegations that he committed crimes against humanity in Darfur, was attacked in an apparent assassination attempt earlier this month. Had Kushayb been killed, would it have counted as justice? What is the role of death in the achievement of justice?

Death is central to the story and practice of international criminal justice. Too little death and there would be little-to-no need for institutions like the ICC or other tribunals examining conflict and post-conflict violence. Too much death, along with well-placed images of it, trigger interest in whether people should ‘get’ justice and who should deliver it.

Some argue that the role of international tribunals is to prevent death, to “stay the hand of vengeance”. It is argued that the existence and threat of retributive justice that international criminal courts pose, in and of themselves, can deter leaders from committing crimes in the future. Others argue that this is a groundless claim and wishful thinking. Death will march on, ICC or no ICC.

International criminal justice was created with the explicit intention of replacing the practice of killing adversaries with a judicial system that could bring them to account for their crimes. The Nuremberg Tribunals that prosecuted top-level Nazi perpetrators following WWII marked a dramatic shift in how perpetrators would be dealt with. Despite the desire on the part of many key figures (including senior American and British officials) to summarily execute the likes of Hermann Göring, Hans Frank and Rudolph Hess, the view that trials – and not immediate death – would best serve justice ultimately prevailed.

Yet the seductive appeal of crudely ridding the world of ‘evil’ remains: what if the ‘bad guys’, the really, really bad guys – like those indicted by the ICC – were just killed? No trial. No dragging on of costly courtroom drama. No negotiations. Just the elimination of perverse international criminals. Would that count as justice?

Surprisingly, many seem to believe the answer is yes. Take three examples.

The reaction to the death of Osama bin Laden clearly indicated that freedom and rights loving people were more than willing to conflate killing and justice. Thousands, if not millions, of people did not simply celebrate the fact that Osama bin Laden was ‘gone’. They celebrated bin Laden’s death as an act of justice. And if anyone was confused as to whether it really did count as justice, President Obama was clear:

“Justice was done and I think that anyone who would question that the perpetrator of mass murder on American soil didn’t deserve what he got, needs to get their head examined.”

In October 2011, when Muammar Gaddafi was killed by rebels, it was likewise seen, in and outside Libya, as a final and just act in Libya’s Revolution and Civil War. This perspective was somewhat complicated by the fact that Gaddafi’s grisly last moments were caught on video and raised suspicions that his death constituted a war crime. Still, after a brief salvo of concern, the matter was quickly dropped. After forty years of Gaddafi dictatorship, the over-arching sentiment seemed to be that he got what he deserved. As then Secretary of State Hilary Clinton stated upon learning of Gaddafi’s death: “We came, we saw, he died.”

Lastly, take the case of Joseph Kony, the vicious leader of the Lord’s Resistance Army (LRA) wanted by the ICC for his role in a litany of atrocities. Of course, Kony isn’t dead. But there is a widespread view, especially outside of northern Uganda, that if he was killed, his death would ultimately serve justice. This notion is fed by the view – propagated by NGOs such as Invisible Children and the former Chief Prosecutor of the ICC, Luis Moreno-Ocampo – that if Kony was ‘removed’, then the crisis facing LRA-affected areas would evaporate. It’s not a big leap between policies seeking to ‘stop Kony’ and military operations seeking to kill him. 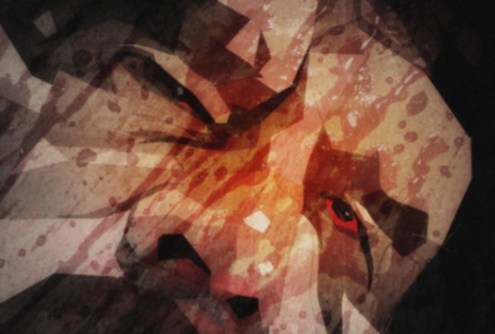 At the same time, there is an alternative belief that death and killing prevent justice from being served. There were a vocal few who felt that bin Laden should have been put on trial. In the wake of Gaddafi’s death, senior members of Libya’s National Transitional Council openly expressed regret that he hadn’t been put before judges before being killed. When Slobodan Milosevic died during his trial, many saw the former Serbian leader’s death as a denial of justice. His death meant that a verdict was never delivered and, insofar as the law was concerned, Milosevic died an ‘innocent’ man. For many this marked a betrayal, if not mockery, of justice. Others managed the tension by compromise: while Milosevic’s death denied his victims full trial justice, some justice was delivered in that he did not die a free man but rather died whilst facing charges of war crimes and crimes against humanity at an international tribunal.

Overall, there appears to be two approaches to the death of perpetrators and the deliverance of justice. The first sees death as cheating justice. The opportunity for societies to confront dark truths is squandered and the perpetrator escapes having to face his victims. The second sees death as a form of justice in and of itself. Exacting justice upon enemies means eliminating them. Killing them is one way to achieve this aim. And to be clear here: killing is not simply considered a just or legal act but an act of justice.

So who is winning in this battle? Are we in the midst of a justice cascade or an injustice cascade? How far have we moved from a world in which the most powerful actors get to decide who dies and who doesn’t — and whether it’s called justice? It certainly seems that we remain mired in a world where Voltaire’s brilliant observation reigns supreme: “killing a man is murder, unless done to the sound of trumpets.”

Mark Kersten is a consultant at the Wayamo Foundation, a Senior Researcher at the Munk School of Global Affairs, and a law student at McGill University Law School. He is also author of the book, 'Justice in Conflict - The Effects of the International Criminal Court's Interventions on Ending Wars and Building Peace' (Oxford University Press, 2016).
View all posts by Mark Kersten →
This entry was posted in Darfur, Justice, Nuremberg, Nuremberg Trials, Osama bin Laden, Osama bin Laden and international law and tagged Ali Kushayb, Joseph Kony, Osama bin Laden, Slobodan Milosevic. Bookmark the permalink.

2 Responses to The Justice in and of Death