Why Syria Still Won’t be Referred to the ICC 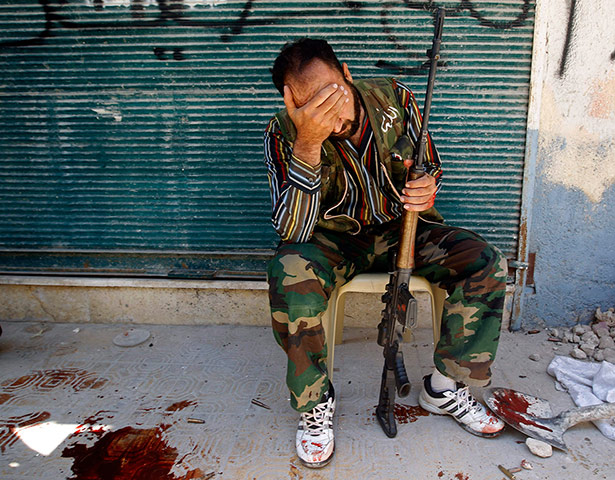 Forces loyal to Syrian President Bashar al-Assad probably used chemical weapons in an attack on the outskirts of Damascus. The United Nations responded that it will probably investigate what happened. Still, the International Criminal Court (ICC) probably won’t be investigating alleged crimes in Syria any time soon.

After two-and-a-half years of debilitating civil war in which some 80,000 – 100,000 people have been killed, the international community is no closer to bringing anyone suspected of war crimes and crimes against humanity in Syria to account. It isn’t because there’s a lack of injustices to investigate. The alleged chemical weapons attack on civilians is just the latest atrocity to garner the attention of advocates seeking referral of the situation in Syria to the ICC. But despite the outcry over the barbarity of this attack, it remains unlikely that that the ICC will find itself investigating atrocities in Syria. Here’s a few reasons why – some obvious, some perhaps less so.

The Continued Stalemate with Russia

The ongoing stalemate between Russia (and, to a lesser extent, China) and the rest of the Security Council is the most obvious and most widely reported reason as to why no ‘breakthrough’ on the Syria question has been achieved. In order for the ICC to intervene, the UN Security Council would have to refer Syria to the Court. In order to do so, Russia needs to either abstain or vote in favour of a referral. It isn’t likely to do so.

Russia, it is regularly argued, remains stubbornly supportive of the Assad regime. Russia has supplied Syria with “advanced missiles” and has consistently protected Assad from assertive action by the Security Council. In July, the Russian government suggested that it was the rebels who had used chemical weapons in their fight against the regime. In emergency meetings where the Council discussed how to respond to the alleged chemical weapons attack, Russia maintained that videos showing civilians suffering from the effects of chemical agents was a “premeditated provocation” and was likely fabricated by Syria’s rebel forces. This was in line with the response of the Syrian regime.

It is easy to believe that Russia will, come hell or high water, stand by Assad. Still, however deplorable Russia’s position on Syria has been, it has also proved a useful scapegoat to Western states eager talk the talk but unwilling to walk the walk. 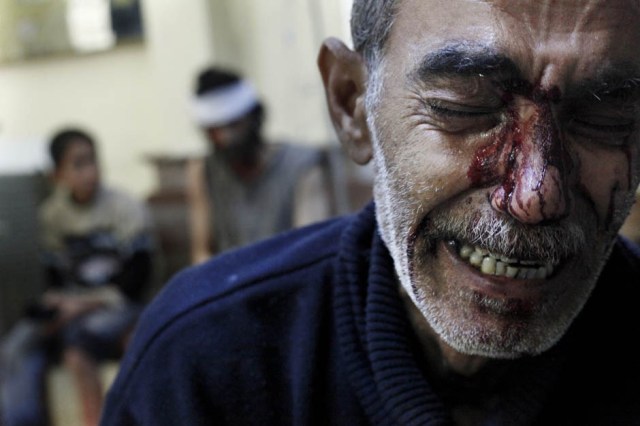 A man mourns the death of his daughter in Aleppo (Photo: Javier Manzano / AFP / Getty Images)

It has regularly been argued that if only Russia would step aside, the rest of the international community could finally intervene in Syria. This unfortunate but popular characterization of the situation obfuscates the reality that the international community has long been intervening in Syria Indeed, the civil war in Syria is something of a proxy battle with Russia arming the government and the ‘West’ arming the rebels (consequently, the (re)solution of the Syrian civil war is likely to depend on the relationship between Russia and the ‘West’ as much as what happens on the ground). The debate over intervention in Syria is thus not one of action versus inaction. And when observers suggest that the international community should be “doing more” in Syria, they are calling for some form of direct military intervention. For the many who continue to be wary that a direct intervention in Syria could spell disaster – for Syria and for the wider region – anything and anyone that blocks such an intervention is welcome news.

As for a judicial intervention by the ICC, the story is similar. The UN Commission of Inquiry on Syria has catalogued rebel crimes and, according to UN High Commissioner for Human Rights Navi Pillay, the Syrian rebels that the ‘West’ supports have likely committed war crimes. This certainly complicates any idea of Western states using the ICC as a tool to hurt the regime. In the initial stages of the civil war, it was foreseeable that the P3 could ‘use’ the ICC as they had in Libya – to pressure the Assad regime, bolster efforts to depose him, and legitimate the opposition. Now, however, the ICC would almost certainly investigate – and indict – both sides. But Western powers likely prefer no judicial intervention than one that targets the side they support.

While Russia (perhaps rightly) receives the brunt of the blame over the lack of concerted and forceful action in Syria by the Security Council, it is also worth asking whether any of the key Western states on the Council are truly prepared to give way to a military or judicial intervention. Given how much it took to convince the US that intervention in Libya (a much ‘easier’ place to intervene) and the reality that France and the UK don’t have the military muster to go it alone, it is highly doubtful that they would pursue any type of direct intervention. It also seems unlikely they’d want the ICC involved. Of course, being able to blame any ‘inability’ to intervene more forcefully on the big, bad Russians is highly convenient. 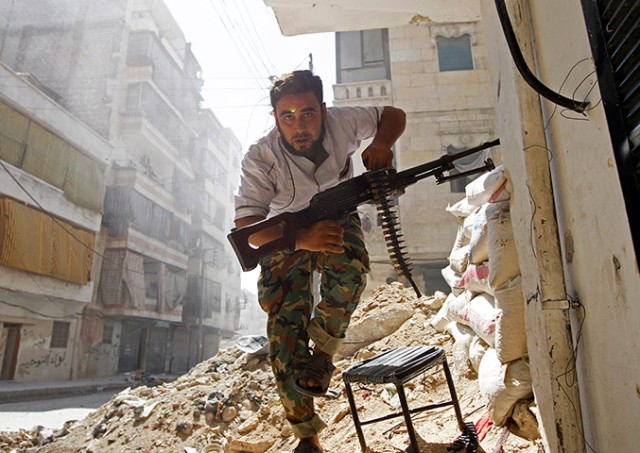 Israel and the Golan Heights

Over the last two years, the possibility of Israel coming under the jurisdiction of the ICC has emerged as a key point of contention in the international community (although less so now with the onset of peace negotiations between Palestine and Israel). Western states have been vehement in their view that Israel not come under the jurisdiction of the Court. But, in a rather odd twist of fate, referring Syria to the ICC could do just that.

As one commenter has suggested, “[t]he US will be reluctant to pursue … a Syrian referral [because it] would include the Golan Heights, which would put territory under Israeli control within the Court’s jurisdiction.”

Israel’s role in any solution to the Syrian crisis remains rather murky. But it wouldn’t be surprising if putting Israeli officials under the jurisdiction of the ICC is a more fiercely defended “red line” than the use of chemical weapons in Syria.

So No ICC in Syria?

The world of international criminal justice serves up too many surprises (see the unanimous Libya referral by the Security Council and the walk-in-surrender of Bosco Ntaganda in Kigali) to conclude that the ICC won’t ever investigate Syria (Russia signalled it might be interested in the idea but only once the violence has ended). But, for the moment, an ICC intervention in Syria remains highly unlikely. The only people it would serve are the victims of this brutal civil war. As it currently stands, that’s sadly not enough.

Mark Kersten is a consultant at the Wayamo Foundation, a Senior Researcher at the Munk School of Global Affairs, and a law student at McGill University Law School. He is also author of the book, 'Justice in Conflict - The Effects of the International Criminal Court's Interventions on Ending Wars and Building Peace' (Oxford University Press, 2016).
View all posts by Mark Kersten →
This entry was posted in International Criminal Court (ICC), Russia, Syria, UN Security Council, United Nations and tagged Bashar al-Assad, chemical weapons in Syria. Bookmark the permalink.