Swiss Cheese and Justice: Why North Korea Cares A Lot About the ICC

North Korea is losing sleep. The source of distress for the reclusive last vestige of Stalin-style communism might be surprising: the International Criminal Court (ICC).

It was not that long ago that the government in Pyongyang enjoyed what amounted to a deafening silence regarding accountability for the wanton rights abuses it committed against its own people. That changed, in dramatic fashion, when a report by the United Nations Commission of Inquiry on North Korea led by Michael Kirby compared atrocities in North Korea to the horrors of the Holocaust and recommended that the UN Security Council refer North Korea to the ICC. The debate about justice in North Korea has since seen a quiet but likely irreversible shift. The authoritarian enclave is now firmly on the map of those interested in international justice. Today, the debate is more about how to achieve accountability rather than whether to do so.

This throws up some interesting questions for the world of international criminal justice. Likely the most dominant and permanent debate amongst scholars and observers of the ICC is about the Court’s impact. As I have previously argued, however, we still don’t know much about what the Court’s effects are. One key problem is that, as scholars and observers, we’re often too close to forrest to see the trees: We identify ICC impacts not always because they’re there but because it’s what we’re looking for. We see impacts which either don’t actually exist or are more likely the result of a complex combination – or altogether different set – of political dynamics. Or we see no impact because we’re looking for something too tangible, too obvious and too soon. As a result, some unexpected but remarkable and important trends are lost or neglected.

One of those trends, and one which may seem obvious but isn’t generally analyzed, is that, with some exceptions, governments of non-ICC member states tend to be more concerned about potential interventions by the Court than member-states. The ICC has opened investigations and has issued arrest warrants in the Democratic Republic of Congo, the Central African Republic, the Ivory Coast and Uganda – and there is a long list of state-perpetrated crimes in each. But do the political establishment and leaders of those states have any fear that they’ll be targeted for prosecution by the Court? It is highly doubtful.

Somewhat paradoxically if we expect the ICC to primarily affect member states, the governments that have used the most resources in propagating their position towards the ICC are non-member states. In some cases, this is obvious. Sudan, for example, has exhausted itself in an attempt to undermine the ICC ever since its President, Omar al-Bashir was indicted for war crimes, crimes against humanity and genocide in Darfur. Under US President George W. Bush, spending immense time and energy on undermining the ICC was a cornerstone of foreign policy. But even with the positive turn in ICC-US relations, Washington has invested significant political resources into preventing Palestine from joining the Court and thus exposing alleged Israeli war crimes and crimes against humanity to criminal investigation. Israel, itself a non-member state and one of the select group of seven states to vote against the Rome Statute of the ICC in 1998, has also invested heavily in ensuring that its record stays out of the ICC’s purview. 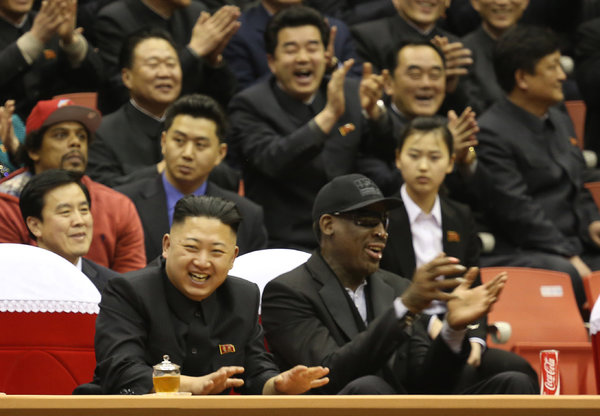 But what is just remarkable about non-member states caring this much about the ICC is that their opposition to the Court isn’t quiet. It’s loud, overt and even petulant at times.

Pyongyang has now gone on a “charm offensive” (though it is hard to see what is ‘charming’ about it) to dissuade European states and Japan from pushing forward a UN General Assembly resolution endorsing a referral of North Korea to the ICC. In its efforts to have any ICC language stricken from the resolution, North Korea has offered a number of unprecedented concessions, including allowing human rights inspectors to visit the country. With limited diplomatic resources, the regime has even enlisted the help of two allies – Cuba and China – to do its diplomatic bidding. And, according to some reports, success or failure on the ICC issue may seal the fate of some of Pyongyang’s senior diplomatic core.

Counter-productively, Pyongyang’s anti-ICC protests also demonstrate just how much the potential reach of the Court affects and scares them and thus the potency of international criminal justice.

But for those who now want to celebrate the effects of the Court, it would be wise to hold your horses. In truth, Kim Jong-un probably doesn’t really care about the ICC – at least not as an institution. After all, there is little reason why someone who doesn’t travel to ICC member-states, who is already the leader of a pariah state, and who is generally protected by Beijing, would be all that concerned about ending up in The Hague. More likely, Kim Jong-un fears the politics of the Court and, in particular, how referrals can tilt the international political landscape via selective enforcement and endorsement of the ICC by states. Put another way: Kim Jong-un probably isn’t afraid of ending up like Mummer Gaddafi – deposed and dead. But this is a young leader who clearly cares about Swiss cheese, ski resorts and meeting Chinese leader Xi Jinping one day. This is also a regime that needs Western states to continue the status-quo song-and-dance of threatening nuclear action and then getting rewarded. All of the above becomes more difficult if the UN-system staples the idea of an ICC referral onto the name of North Korea. For these reasons, the fact that an actual referral is essentially off the table due to China’s veto isn’t all that relevant. It is the political baggage of being in the ICC’s potential cross-hairs that Pyongyang is obsessively attempting to avoid.

Mark Kersten is a consultant at the Wayamo Foundation, a Senior Researcher at the Munk School of Global Affairs, and a law student at McGill University Law School. He is also author of the book, 'Justice in Conflict - The Effects of the International Criminal Court's Interventions on Ending Wars and Building Peace' (Oxford University Press, 2016).
View all posts by Mark Kersten →
This entry was posted in International Criminal Court (ICC), North Korea. Bookmark the permalink.

2 Responses to Swiss Cheese and Justice: Why North Korea Cares A Lot About the ICC