The ICC is Free to Investigate Ukraine since 2014. So What Now? 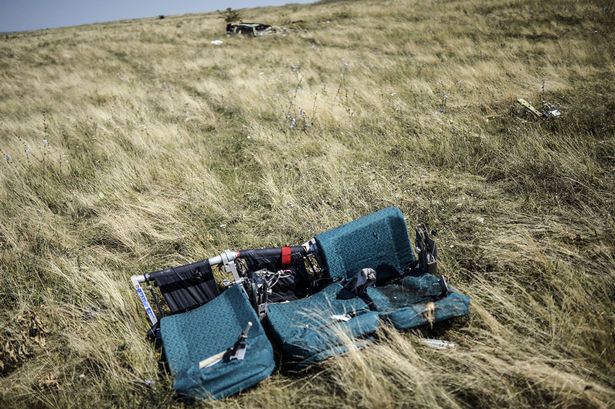 A row of empty seats from flight MH17 lies in a field in eastern Ukraine (Photo: Getty)

After months of speculation, Ukraine has finally decided to refer the violence in the country since February 2014 to the International Criminal Court (ICC). The ICC is now free to open a preliminary investigation and, if it finds reason to proceed, an official investigation into alleged crimes committed not only during the chaos on Kiev’s Maidan Square but in the east of the country, especially in the regions of Donetsk and Crimea. Here are a few thoughts on what the potential ICC investigation into Ukraine means – or could mean.

Why not just join the ICC?

Yesterday’s decision marked the second time that Ukraine has opened itself up to an ICC investigation. It previously referred the months of November 2013 to February 2014, a period captured the violence on the Maidan Square, to the Court. Few people close to the situation believed that the first referral would have led to charges as the crimes were unlikely to meet the ICC’s gravity threshold and Kiev likely wanted to avoid a determination by prosecutors that no crimes had been committed in Ukraine, leading to a second referral.

Ukraine’s most recent decision, taken under Article 12(3) of the ICC’s Rome Statute, expands the ICC’s jurisdiction to events since 20 February 2014. But an important question remains: why won’t Ukraine simply ratify the Rome Statute and become a member-state join the Court? The simple answer is that there remain constitutional barriers to doing so – the same that existed when Ukraine first referred the Maidan square events to the ICC. Despite the fact that Ukraine signed the Rome Statute in 2000, a 2001 ruling by Ukraine’s constitutional court found that ratifying the Statute would be unconstitutional. The question that now arises is: will Ukraine ever become a member-state of the ICC and do the two ‘partial’ referrals make a prospective decision to join the Court more or less likely?

Who will the Court target?

In his letter accepting an expansion of the ICC’s jurisdiction in Ukraine, Foreign Minister Pavlo Klimkin declared that the Ukrainian parliament had previously adopted a resolution entitled “On the recognition of the jurisdiction of the International Criminal Court by Ukraine over crimes against humanity and war crimes committed by senior officials of the Russian Federation and leaders of two terrorist organisations – “DNR” and “LNR”- which led to extremely grave consequences and mass murder of Ukrainian nationals.” This language suggests that Ukraine is attempting, as it did with its first referral, to direct the Court towards exclusively prosecuting its Russian, and Russian-affiliated, adversaries.

This is not the first time a state has sought to refer its enemies – rather than a conflict situation or situation of mass atrocity – to the ICC. The government of Uganda infamously referred the Lord’s Resistant Army to the Court in 2004. As with that case, the ICC will surely interpret the referral as providing jurisdiction to investigate all international crimes committed on the territory of Crimea, irrespective of who committed them.

However, the ICC will also face a familiar quandary. If it does open an official investigation into the situation in Ukraine, the Court will almost certainly be dependent on Ukrainian officials for witness protection, witness testimonies and the collection of other relevant evidence. That may, as it has in the past, lead prosecutors to focus on only one side of the war (Russia and Russian-backed rebel groups) whilst neglecting the alleged crimes of Ukrainian forces. Given increasing evidence of serious crimes committed by Ukrainian troops and government-backed groups, this would make a mockery of the pursuit of impartial justice.

An ICC intervention into Ukraine would not mark the first time that Russia has come under the Court’s scrutiny. It has also been a focus of the ICC’s preliminary examination into the 2008 war in Georgia which is, according to many sources, inching towards official investigation status. And as with the case of Georgia, Russia may not mind – and believe that they could benefit from the ICC’s involvement. Russia could also decide to selectively cooperate with the ICC. Indeed, Moscow will likely flood the ICC’s Office of the Prosecutor with documentation in an attempt to point the Court’s finger in Ukraine’s direction – or at least delay any real action or arrest warrants being issued.
However, Russia could also attempt to introduce another legal argument which has recently been invoked at the ICC. Moscow could argue that Crimea is not, in fact, a part of Ukraine, and therefore the Court does not have jurisdiction on its territory. This would be the same argument that Israel and the United States have made with regards to Palestine, insisting that because it does not have statehood, it is unable to become a member-state of the ICC or refer itself to the Court. The ICC is far from an ideal place to decide which territories belong to which states, but the Court’s Judges may be forced far out of their comfort zone.

The ICC and flight MH17

The expansion of the ICC’s jurisdiction in Ukraine means that the Court will, in theory at least, be able to investigate the downing of Malaysian Airlines flight MH17. Western states, however, don’t appear keen. They would prefer to see the UN Security Council create a special tribunal focused exclusively on the bombing of the plane. Russia, however, has steadfastly rejected the idea and vetoed any resolution to that effect. The ICC itself may also be less than keen, preferring to focus its limited resources on crimes committed in Crimea and Donetsk, crimes which have received far less global attention and are, as a result, less likely to receive judicial scrutiny.

So long as there is a genuine criminal investigation into to the downing of MH17, the ICC is unlikely to investigate. At the moment, however, there is none. The question thus arises: does the ICC’s involvement and jurisdiction over the flight’s downing put additional pressure on Russia to allow for the creation of an independent tribunal to investigate the tragedy?

Peace versus Justice in Ukraine?

Finally, a question that inevitably arises in the context of ICC interventions into ongoing conflicts is how the Court’s involvement will affect the ability of relevant actors to resolve the war peacefully. Here, opponents of ICC interventions should wade carefully. The Minsk peace process is a mess – and would be a mess irrespective of whether or not the Court intervened.

Still, rather than having the ICC intervene and become a major player in Ukraine, it would be ideal for Russia and Ukraine to forge forward with a peace process that genuinely and effectively dealt with issues of justice and accountability. For now, that remains unlikely. The hope is that the promise – and threat – of an impartial ICC investigation into crimes committed in Ukraine since 2014 might push the parties in the right direction. To date, nothing else has worked.

A version of this post was originally published for my bi-monthly column, CourtSide Justice at Justice Hub.

15 Responses to The ICC is Free to Investigate Ukraine since 2014. So What Now?