The Hybrid Court for South Sudan? Looking for a Way Forward (Part 2)

Patryk I. Labuda joins JiC for this second piece of a two-part series on the ongoing political and legal challenges facing the creation of the proposed hybrid tribunal for South Sudan. The first part can be read here. 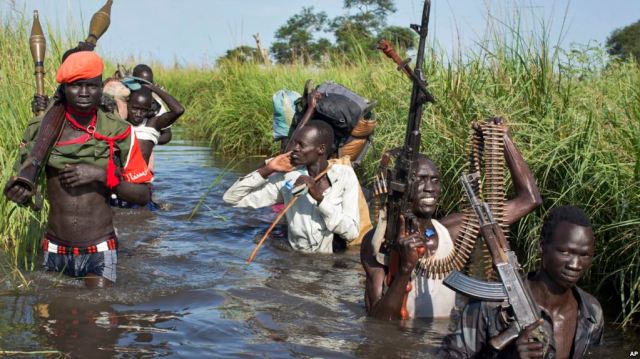 In the first post, I considered a number of challenges facing the establishment of the Hybrid Court for South Sudan (HCSS). The AU and civil society have been puzzling over these questions for well over a year. Under the 2015 peace agreement, it is the Chairperson of the Commission of the AU who will ultimately “decide the seat of the HCSS”, but the court’s success depend on the South Sudanese government’s willingness to cooperate. Whatever happens in the next few months, it seems clear that Moussi Faki of Chad, elected a few weeks ago to replace Dlamini Zuma of South Africa, will have his work cut out if President Salva Kiir refuses to sign a memorandum of understanding with the AU, as required by the peace agreement.

But what happens if the government’s obstructionism continues? Some observers argue that the government has already consented to the HCSS by virtue of the peace agreement, so either the AU or the UN should enforce the agreement regardless of the government’s current opposition. There is precedent for this in international criminal justice: when the Lebanese government reneged on its promise to legislate for the Special Tribunal for Lebanon, the UN Security Council enacted the text of a previous agreement by way of a Chapter VII resolution.

But if a Chapter VII resolution is needed to bring the HCSS into existence, the obvious question is whether it would not just be easier to refer South Sudan to the ICC? Although there has been little discussion of an ICC intervention, the South Sudanese government’s obstructionism coupled with the practical difficulties of operating a hybrid court against the wishes of a host government could make this possibility more appealing. Moreover, it is possible that the mere threat of ICC intervention could persuade the South Sudanese government to cooperate with the HCSS.

However, there are two major problems with the idea of a Security Council referral. First, the Council has on several occasions refused pleas for greater UN assistance, arguing that the HCSS is the AU’s sole responsibility, and – more generally – there seems to be little or no appetite among Council members for ICC-related action. The AU, in turn, continues to (publicly) denounce the ICC and champion ‘African solutions to African problems’, as evidenced by last month’s adoption of a ‘withdrawal strategy’ at the AU summit in Addis Ababa.

The AU’s views on the HCSS and international criminal justice are not without controversy. While its leadership on justice issues in South Sudan is an obvious concession to the AU’s fierce criticisms of the ICC, skepticism remains about the AU’s resolve to tackle impunity. It does not help when leading African figures like Thabo Mbeki and Mahmoud Mamdani, both of whom remain deeply involved in the South Sudanese peace process (albeit in different roles), argue in the New York Times that “courts can’t end civil wars”. Although the AU’s official position is that it recognizes the need for criminal accountability in South Sudan, the parallels with Kiir and Machar’s self-interested pleas for ‘truth, not trials’ are hard to miss.

There is another profound (legal) irony that the AU will have to overcome if the HCSS is to play a significant role in the country’s transitional justice process. According to the 2015 peace agreement, the hybrid court “shall not be impeded or constrained” by “pardons, immunities or amnesties”, which would imply that President Kiir and his top-ranking commanders are not above the law. Yet Kiir has repeatedly granted amnesties over the last three years (see here and here) and the Malabo Protocol, which aims to grant criminal jurisdiction to the African Court of Justice and Human Rights, explicitly recognizes immunities not just for heads of state but also for an amorphous and undefined category of “senior officials”. With some observers openly contemplating the possibility of exile for South Sudan’s leadership, the international community will have to closely monitor how the AU manages to reconcile these conflicting positions on immunity in the HCSS’s implementing legislation.

As complex as all of these challenges are, the greatest difficulty may lie elsewhere. The United States has been instrumental in bringing South Sudanese nationhood into existence and, more recently, in pushing for a peaceful solution to the civil war. As part of its mediation efforts, the US State Department also vigorously supported the idea of a hybrid court. As early as May 2015, John Kerry, the secretary of state in the administration of Barack Obama, pushed for a hybrid court “to hold perpetrators of violence to account”, and the US government later contributed $5 million  to support the court’s establishment.

Enter Trump. Little is certain about the incoming US administration’s views on Africa and South Sudan but if his campaign promises are any indication, human rights will not be an core feature of Donald Trump’s foreign policy. In the current climate of rising nationalism in Europe and beyond, this raises serious questions about not just the HCSS but also the future of peacemaking in South Sudan generally. Given the South Sudanese government’s resistance to, and the sluggish pace of the AU’s work on, the HCSS, one thing seems clear: if the hybrid court is to get off the ground, other key stakeholders, in particular, Norway, the UK, and the European Union, will have to fill the gap left by the US’s fading role as an enforcer of global norms.

Mark Kersten is a consultant at the Wayamo Foundation, a Senior Research at the Munk School of Global Affairs, and a law student at McGill University Law School. He is also author of the book, 'Justice in Conflict - The Effects of the International Criminal Court's Interventions on Ending Wars and Building Peace' (Oxford University Press, 2016).
View all posts by Mark Kersten →
This entry was posted in Africa, African Union (AU), Guest Posts, Hybrid Court for South Sudan, Hybrid Tribunals, South Sudan. Bookmark the permalink.