A Done Deal: Bensouda is Next ICC Prosecutor 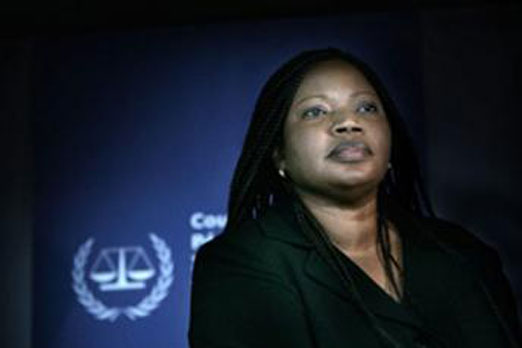 According to Colum Lynch and a few other observers, Fatou Bensouda will become the next top Prosecutor at the International Criminal Court.

Earlier this week, the ICC announced that the four short-listed candidates (Robert Petit of Canada; Andrew Cayley of the UK; Mohamed Chande Othman of Tanzania; and Fatou Bensouda of Gambia), had been whittled down to two.

It has become apparent that the ICC’s Assembly of States Parties wanted to avoid an election by deciding on a “consensus candidate.” Kevin Jon Heller, at Opinio Juris, suggested that the ICC likely conducted informal polling which made clear that a consensus had formed around having an African Prosecutor. Othman subsequently decided to step aside, allowing Bensouda to emerge as the sole candidate for the job. In all likelihood, Othman understood his chances were slim-to-none given that the African Union – which had decided to support an African candidate for Prosecutor – endorsed  Bensouda.

Many readers of JiC will know that Bensouda has long been the favoured candidate to replace outgoing Prosecutor, Luis Moreno-Ocampo. Her name was consistently and emphatically mentioned by observers of the Court. This past September, I argued that the stars had aligned for Bensouda – she had the ICC’s top job “in the bag.” Bensouda clearly satisfied all of the political and merit-based criteria to become the ICC’s chief Prosecutor.

The selection of Bensouda as a consensus candidate is important for a number of reasons. Here are a few:

First, the selection of Bensouda, just weeks prior to the day originally set for an election, removes the possibility of a highly political election. Of course, this isn’t necessarily a good thing. An election would have created additional buzz and discussion about key issues surrounding the ICC and its first decade of work.

How will the legacy of current ICC Prosecutor, Luis Moreno-Ocampo, be judged?

Second, Bensouda becomes the first African Prosecutor at the ICC. This fact will almost surely garner the most media attention. The African Union has been adamant that an African candidate would be selected, and they got their wish. It will now be very interesting to see how the AU deals with an African Prosecutor. The AU has often expressed frustration and, at times, outright hostility towards the Court for what it, and many of its member states, see as undue bias towards African nations and leaders. Now that the AU has its chosen candidate, will its attitude and rhetoric change?

Fourth, the ICC not only has a lot on its plate, but the number of courses being served is ever-increasing. In the past year alone, two additional situations (Ivory Coast and Libya) were added to the growing list of contexts in which the Court is conducting official investigations and prosecutions. It is not out of the question that others, like Syria, will join Libya, Ivory Coast, Kenya, the Democratic Republic of Congo, Sudan, the Central African Republic, and Uganda, in the near future. It would seem sensible to suggest that, as the Court’s current Deputy Prosecutor, continuity will serve Bensouda well. States didn’t want to mess with the AU on this one.

Fifth, and related to the last point, by all accounts Bensouda is a much more low-key prosecutor than Moreno-Ocampo. Her selection would thus appear to confirm the desire among states parties to select someone who will be more of a ‘secretary’ than a ‘general’ – a prosecutor who won’t ruffle as many feathers.

With Bensouda claiming the single most visible position in the international criminal justice firmament, attention will begin to shift back towards the tenure of the Court’s current Prosecutor. As the ICC’s first Prosecutor, Moreno-Ocampo’s time has been replete with controversy. But he also put the Court on the map and spotlight of international politics, in the face of nay-sayers, critics and a plethora of hostile forces. In the coming weeks, it will be interesting to read and hear retrospectives on a man who, arguably more than anyone else, has shaped the politics and pursuit of international criminal justice.

UPDATE: on the issue of “secretary or general”, there has been a bit of confusion as to what this means. It is a phrase, developed to distinguish between UN Secretary Generals, intended to describe the style of their work, not the substance. As I suggested in an earlier post, readers and diplomats should not be fooled into thinking that Bensouda will shy away from the most difficult issues and getting things done, even if that means stirring the pot.

Mark Kersten is a consultant at the Wayamo Foundation, a Senior Researcher at the Munk School of Global Affairs, and a law student at McGill University Law School. He is also author of the book, 'Justice in Conflict - The Effects of the International Criminal Court's Interventions on Ending Wars and Building Peace' (Oxford University Press, 2016).
View all posts by Mark Kersten →
This entry was posted in Fatou Bensouda, ICC Prosecutor, International Criminal Court (ICC), Next ICC Prosecutor. Bookmark the permalink.

9 Responses to A Done Deal: Bensouda is Next ICC Prosecutor